Cam Newton’s first news conference as a New England Patriot came not at the podium in the team’s media room but over a WebEx video call.

Even still, his excitement was palpable.

Newton, who is seeking a fresh start after being released by the Carolina Panthers this past spring, raved about the Patriots organization multiple times during his 20-minute media session. His most effusive praise came after a reporter asked him what the words “New England Patriots” mean to him.

“I’m still constantly in — I don’t want to say disbelief at this point in time, but it’s just a surreal moment,” the quarterback said. “Nobody really knows how excited I am just to be a part of this organization, in (more) ways than one. Just following up such a powerful dynasty that is enriched in so much prestige, lineage and success that a lot of people would hide from the notion to do certain things.

“But to me, man, I think this opportunity is something I wake up pinching myself each and every day, and it’s so surreal coming down One Patriot Place each and every day and seeing the whole ambiance. And not only that but seeing so much support around the city of Boston, Foxboro. It’s just such a great environment, not only for myself but (other) players included.

“It’s just crazy. I just found myself putting on (Patriots) shirts — that’s like, ‘Oh my God.’ I don’t know when that moment’s going to be, but I’m just going to keep doing what I’m supposed to do while I’m a member of the Patriots so that sooner or later, it will click that this is the norm.”

It took Newton several months to find a new home after new Panthers coach Matt Rhule sent him packing in March. With back-to-back season-ending injuries on his record (shoulder in 2018, foot in 2019) and teams barred from conducting free-agent physicals due to COVID-19, no team was willing to take a chance on the 2015 NFL MVP.

Newton’s wait finally ended in early July when the Patriots signed him to a one-year contract that included a paltry $550,000 in guaranteed money. He can earn up to $7.5 million if he hits each of his incentives, all of which are tied to playing time or team success.

Patriots coach Bill Belichick said he and his staff spent “quite a bit of time” with Newton before signing the 31-year-old. Newton, who said he now feels “amazing” physically, couldn’t remember the exact date of their first interaction but said it was overwhelmingly positive.

“I was just blown away by the whole overall professionalism of the Patriots organization, starting with Robert Kraft, with Coach Belichick and eventually speaking with (offensive coordinator) Josh (McDaniels),” Newton said. “I do know I was in L.A., and it kind of caught me by surprise. At the same time, I enjoyed this whole process.”

Newton’s first challenge in New England — other than learning a playbook that new teammate Julian Edelman likened to “calculus” — will be beating out second-year pro Jarrett Stidham and experienced veteran Brian Hoyer for the starting job in training camp. Stidham, Tom Brady’s heir apparent before Newton’s arrival, said Friday he’s “definitely ready” to start this season if called upon. 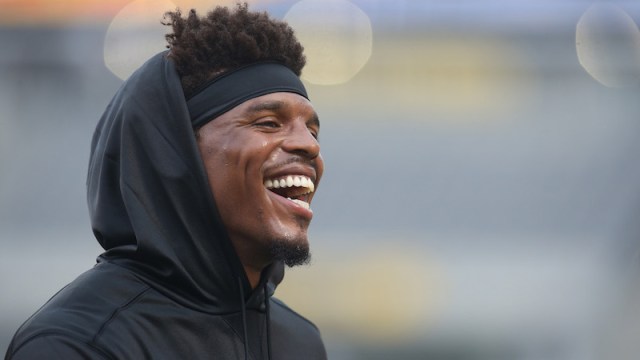 Cam Newton Seems To Be Loving Life With Bill Belichick, Patriots So Far 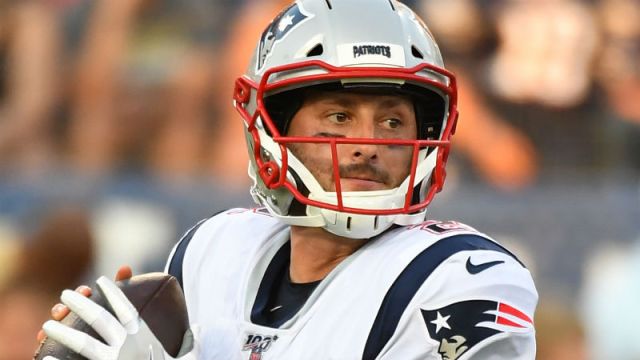 Why Returning To Patriots Was ‘Easy Decision’ For Brian Hoyer