Remember when the depth of the Boston Celtics’ bench was a big concern? Well, that may be a distant memory after Wednesday night’s 128-101 victory over the Philadelphia 76ers in Game 2 of the NBA Playoffs.

In the opening quarter of the first-round matchup, shots weren’t falling for Boston, and Philadelphia was hitting everything.

But towards the end of the frame, head coach Brad Stevens rolled out Grant Williams, Brad Wanamaker and Enes Kanter, who made instant impact and changed the trajectory of the game. And after the win, Stevens said he thinks that made all the difference.

“Our whole disposition changed when we went to the bench,” Stevens said in his postgame video conference, via Yahoo Sports’ Keith Smith. “We got a lot tougher. I never would have thought we would stay with them that long, but I couldn’t take them out. They turned the game around.”

Kanter hit a big triple, (yes, you read that correctly,) when left wide open in the second quarter, and Wanamaker had the go-ahead points in the game.

“Brad Wanamaker, who is one of our leaders, was great,” Kemba Walker said postgame, via Smith. “He doesn’t always score a lot of points but he’s great for us every night.”

Boston’s bench outscored Philadelphia’s 41-20 during the game, and their first-quarter contributions led to a sizable run that extended into the second.

Williams (nine points) set a number of big boy screens, as the Celtics pick and roll torched the 76ers all night. And Enes Kanter, scoring 10 points with nine rebounds had an especially good day, forcing Joel Embiid to take mid-range jumpers out of frustration after not being able to drive right to the rim.

“Those guys can hoop, man. Whenever their names are called, they?re ready… We’ve always had confidence in our bench. Tonight they came out and showed the world they are really good,” Walker added.

Before the game, Stevens said it would take a committee to try and replace what Gordon Hayward was bringing to the team. And that’s exactly what happened.

Here are more takeaways from the Celtics’ Game 2 win:
— It’s almost like Celtics fans are desensitized from amazing performances from Jayson Tatum and Jaylen Brown day in and day out, because they’re almost just expected at this point.

And with the entire team firing on all cylinders Wednesday, their night may not seem as important as it was.

Tatum quietly made history yet again, as the 22-year-old became the youngest Celtic ever with a 30-point, five-assist, five-rebound game. Not to mention, his 8-for-12 shooting from beyond the arc made him the youngest player in the league with that many 3-pointers in a playoff game.

Here’s Tatum’s night, in a nutshell:

Sheesh. Is that good? Embiid thinks so.

“Jayson has been killing it, so you have to find a way to get the ball out of his hands,” Embiid said after the game, via Ben Golliver of the Washington Post. “Something has got to change. It feels too easy.”

And as for Brown, he flipped a switch in the first quarter that gave the Celtics its initial momentum of the game. This is a theme we’ve seen all bubble from him, but usually not until the fourth quarter.

He dropped 20 points with five boards, did Philly dirty on defense, and proceeded to earn every penny of that contract extension.

— As Walker hyped up his teammates after the win, his own performance during the game can’t be ignored.

Early in Game 2, Walker tossed up a poor mid-range jumper that missed and hit the front of the rim. But to make up for it, he hustled through traffic to chase down the offensive board and fix the mistake.

And from that point, he went off, with a supporting 22-points, four rebounds and a steal.

And let’s talk about that steal, because the play of the game, a Brown fast-break that ended in a 360 jam, doesn’t happen without Walker getting the ball loose to Tatum, who sent it passed it down the court.

And it’s been said a few times throughout the NBA return while he was on a minutes restriction, but for real this time, Walker is looking like his old self from before the knee injury.

Just look at his pull-up jumper, which we saw so often on Wednesday night.

But per usual during a win, Walker didn’t talk much about what went right for him during the game. He was too busy hyping up the players around him, and people take note of that leadership.

“It’s huge, he just wants to win,” Tatum said of Walker, via Smith. “He doesn’t care if he plays good or bad. He just wants to win. you can see that night in and night out. When we win, he’s the happiest guy on the team.”

— It doesn’t matter if Marcus Smart drops 20 points or zero, he’s still one of the most important pieces of this team as its defensive heart and soul.

Starting in place of Hayward, he had 10 points, four rebounds, two assists and a block and a steal. And for grit points, he leads the league no question.

— So, at some point, Philadelphia has to make some adjustments right?

After getting smoked by the Celtics’ high pick and roll in Game 1, we saw much of the same in Game 2. And it’s hard to defend, because they can plug in any given center and any given wings into the play.

But in addition to getting gassed by that, it really hurts the heart to see Al Horford coming off the bench with only four points in a playoff game. There were multiple instances Wednesday where he was open at the top and wasn’t even considered. Celtics fans know he can make that shot, and even braced for it, but it never came.

The 76ers could be running so many more plays through Horford than they have been, but instead, he’s subjected to the island of misfit toys as Philadelphia relies too much on Embiid and Tobias Harris. 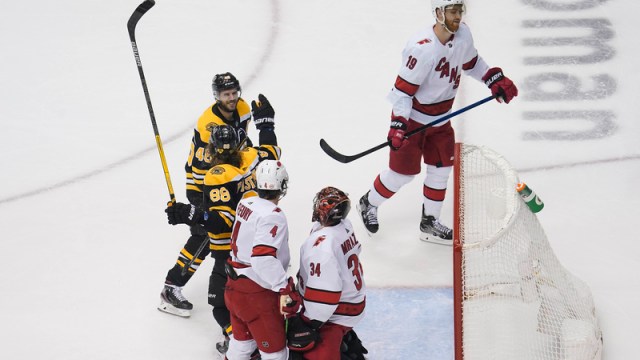 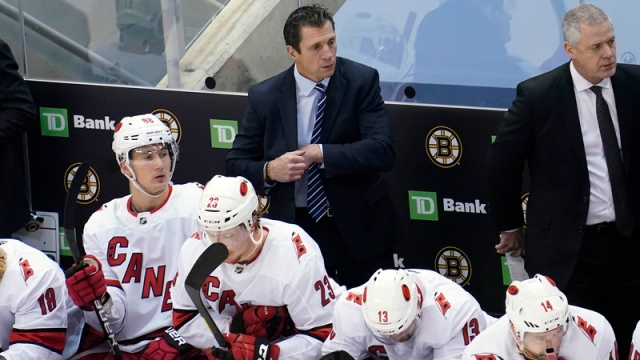