Welcome to the semifinals (again).

The Boston Celtics swept the Philadelphia 76ers on Sunday with a 110-106 Game 4 victory at the Walt Disney World Resort in Orlando, Fla. In fact, this is the first time either team has swept a playoff series against the other in 15 postseason meetings.

Boston now advances to the semifinals for the fourth-straight season, though it’s Kemba Walker’s first time getting past the first round.

And even though he was feeling a bit under the weather before the game (don’t worry, he says it was just an upset stomach), Walker still was pleased with his outing.

“It feels good,” Walker said during his postgame Zoom conference, as seen on NBC Sports Boston’s postgame coverage. “This is the reason I came to Boston, to be able to play in the playoffs and advance and play high-level basketball. So, it feels good.”

Head coach Brad Stevens liked what he saw, too.

?I think he?s just a warrior,? he said. “He?s a competitor. He?s a guy who loves to play. It doesn?t surprise me that he?s been so good even under those circumstances.”

Getting to this point has been no simple task for Walker thanks to a nagging knee injury. Walker had been struggling with it prior to the NBA’s four-month hiatus this spring, and said the extra time off was “super important” toward his rehabilitation.

But the C’s didn’t rush Walker back when play resumed in July. Walker missed a handful of practices and saw limited minutes during Boston’s seeding games as he and the team worked to rebuild his strength.

And it appears everyone thinks the program paid off so far.

“I’ve said all along, I felt great about our plan. Give a lot of credit to Kemba and a lot of credit to our trainers,” Stevens said. “They executed that plan. That’s not easy to do. He didn’t like playing limited minutes building up. He didn’t like not practicing. But got the knee stronger, got ready to go for trying to be the best that we can be on Aug. 17. We said that from the get-go and I thought he was really good. He was great tonight and he’ll have to continue to be really good.”

But it’s not over yet.

“It’s going great,” Walker said. “It’s not over. I’ve got to stay on top of it. I’ve been doing a great job at just sticking with it and my training staff, they’ve given me a great plan to stick to.”

Hopefully, Walker’s success will continue into the next round.

Here are some more notes from Sunday’s Celtics-Sixers game:

— Only a trio of Celtics have scored 30-plus points in three straight playoffs games since 2010. And all three players currently are among Boston’s starting five.

Walker is the most recent player to join the club after posting 30-plus points Sunday afternoon for the third game in a row, via Celtics Stats.

Brown and Tatum accomplished the feat in May 2018.

— Sweep or not, winning a playoffs series is a good feeling.

So, how long does the team get to enjoy the moment?

“At the end of the day, there’s not a lot of savoring when you’re in the middle of (the playoffs),” Stevens said. “I think you end up looking back on things after the seasons are over, careers are over, people move on and that’s when you enjoy it.”

— Stevens is pleased with the Celtics’ performance Sunday… for the most part.

Boston held a double-figure lead over Philly for most of the fourth quarter, but slipped up in the final three minutes of the game by allowing the Sixers to get within four.

“We’ve got to play better than we did the last three minutes of the game,” Stevens said. “That’s all I care about right now.”

— Clearly, this Celtics squad is much different than the one playing a little over a year ago. But are they better than a squad that sported both Kyrie Irving and Al Horford in its starting five?

“I think that we’re clicking on all cylinders with this unit that we have here,” he said. “Last year, we had a lot of talent. But I think this year’ we’re better as a team. So going into (the) next series, we have to be ready to fight. Last year we swept as well in the first round, and then the second round I think we lost in five. So, we have that in the back of our heads, the guys that been here, we got to continue to come out and play. Hopefully, things turn out a little different for us. I think we have a better team and I think we’ll prove it here in the second round.”

— Jayson Tatum recorded a playoff career-high 14 rebounds Sunday afternoon, via Celtics Stats. His previous record of 13 came in Game 1 of the series. 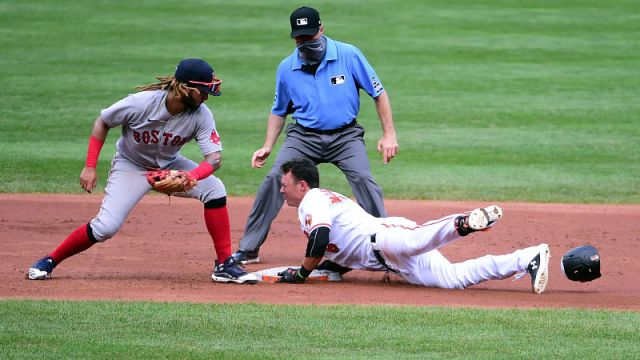 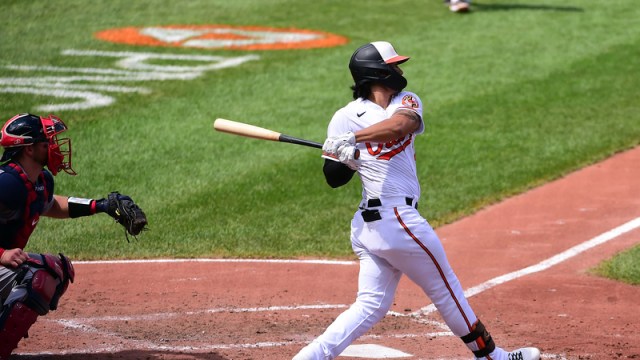