After two weeks of play, Connecticut finds itself at the bottom of the Eastern Conference with a league-worst 1-6 record. But there have been some bright spots to the Sun’s game, many of which emerged during Connecticut’s second week of play.

The Sun went 1-2 this past week, including the team’s first victory of the season Thursday over the Dallas Wings. Connecticut’s starting five combined for 68 of the team’s 91 points, Kaleena Mosqueda-Lewis and Bria Holmes providing solid support off the bench with seven points apiece.

Some new faces began to step up for the Sun, as well. Brionna Jones had a breakout week, posting double-figure points in each of Connecticut’s three games, including a career-high 20 points in Tuesday’s loss to the Seattle Storm. Natisha Hiedeman also continued to bloom, posting a career-high 14 points Thursday against the Wings.

That said, there’s still plenty of room for Connecticut to grow on both sides of the ball. There’s lots they can do defensively, for instance, after giving up some of their biggest leads of the season thanks to some sloppy play on the backcourt. Connecticut’s offense, while impressive at times, hasn’t been consistent either, failing to support the team’s defensive efforts or put together the runs necessary to give themselves an edge.

So, where do the Sun go from here? Up, naturally.

After a start as rough as this, there isn’t much more Connecticut can do than improve at this point. The team certainly has all the pieces for a successful squad, with DeWanna Bonner, Alyssa and Jasmine Thomas playing at the top of their game.

Getting the Sun to fire on all cylinders at the same time has proven challenging this season. Should they manage to get both their offense and defense on the same page, however, Connecticut could become a dangerous contender once again — even with six losses already under its belt.

The Sun have a busy week ahead of themselves in Week 3, with four games on tap for the next seven days. That gives them plenty of time to prove themselves, but little time to work out the kinks.

Here are some more notes from this week:

— Teams did a god job of keeping Bonner quiet this week.

Bonner scored just five points Tuesday against the Storm and eight points Thursday against the Wings, but bounced back with a 15-point performance Saturday against the Chicago Sky. She scored 28 points in all three games — the same amount she scored in the Sun’s loss to the Minnesota Lynx last Saturday — though she did collect 19 rebounds along the way.

— The Sun joined their WNBA sisters Tuesday by wearing “Vote Warnock” shirts to their game against the Storm.

The shirts support Rev. Raphael Warnock, who?s challenging Atlanta Dream owner Kelly Loeffler for her Senate seat in Georgia come November. Loeffler, as you’ve likely heard, penned a letter to the WNBA in July taking issue with the league?s decision to paint ?Black Lives Matter? on each court at IMG Academy in Bradenton, Fla., suggesting American flags be pinned to uniforms instead.

So, players on several teams — including the Sun — donned the “Vote Warnock” shirts in retaliation.

?Honestly, (it?s) us supporting our sisters with the Dream,? captain Jasmine Thomas said. ?In Georgia, they have an election coming up that?s important. We?re trying to as a league push voting and how important it is. Reverend Warnock has a lot of things on his key issues that we relate to and that we believe in so we wanted to show support for him and for our sisters in Atlanta.?

?It?s important for us to just get that message out that voting matters even in the local elections,? Jones added. ?Voting for somebody that you agree with in your local elections is important, not just the general election, so I think that?s one of the biggest takeaways.?

— Briann January finally has joined the Sun in Florida after whats she calls a “rough” bout with COVID-19.

January is working rebuilding her strength after battling the novel coronavirus in July. She initially tested negative multiple times before returning her first positive test, and it was all downhill from there.

?I was experiencing symptoms. It was a few really tough days,” January said. “I mean, I had a tough week where I had extreme fatigue, chills, congestion, lost my sense of taste (and) smell, body aches, headaches. ? Made it through that week and then after that, my symptoms pretty much went away. I had finally got my sense of taste and smell, like, a couple days before I came here (to the bubble). But It?s just been a series of tests since once I stopped feeling symptoms. There was a two-week period where I had to wait before I went and got my cardiac test. I had to get a blood test. And then I had to test again twice to get two negatives.

“… I had a rough go,? January said. ?I know a lot of people had it a lot worse than I did. So I?m grateful for that. ? But I?m glad to be back. I?m healthy, feeling good. Just trying to get in shape.”

— Connecticut plays four games this week, kicking things off Monday with their first meet-up against the Atlanta Dream since former Sun starters Shekinna Stricklen and Courtney Williams joined the squad in February. 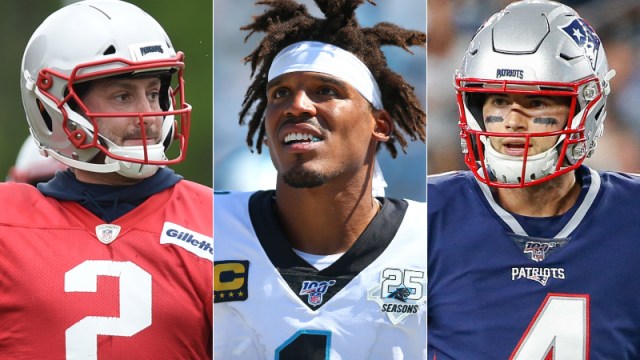 What Patriots Quarterbacks Are Saying About Training Camp Competition 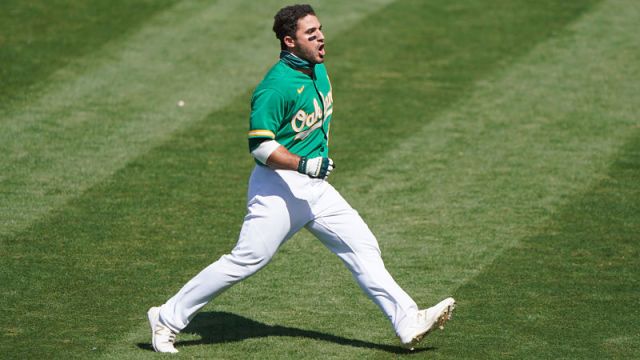