The Sun were a bit shorthanded Sunday afternoon, but it didn’t matter much.

Connecticut pulled out a 76-63 victory over the Washington Mystics with just eight players on the court thanks to a slew of injuries. And they got some help from a few unlikely sources.

Essence Carson started in place of Brionna Jones, who’s coping with an ankle injury, and got some sweet revenge against the team that placed her on waivers earlier this month in the first quarter.

The Sun improved to 7-9 while the Mystics fell to 4-11. Washington’s losing streak now sits at four games.

Connecticut and Washington remained relatively even through the first few minutes. But Carson got revenge on her former team early, scoring eight of the Sun’s first 11 points of the game.

The Mystics struggled to communicate throughout the quarter, and it cost them dearly toward the end. Washington shot a measly 28.6 percent from the field in the first and committed five turnovers to Connecticut’s one.

MORE SUN SUCCESS
Connecticut held its lead in the second, but it wasn’t always pretty.

The Sun started things off with 6-2 run, but missed several quality opportunities to extend their lead further. But they found a bit of a spark late in the quarter.

The Sun opened up a 13-point lead with three minutes on the clock and finished the half shooting 43.2 percent. Charles stunned in the first half, going 5-for-8 (62.5 percent) from the field and leading all scorers with 12 points.

Connecticut entered halftime with an 11-point lead. All eight Sun players that touched the court in the first found the bottom of the net.

SAME OLD SAME OLD
Not much changed for the Sun or the Mystics in the third.

The Sun wasted no time building on their lead, going up 20 on the Mystics midway in the quarter. Thomas and Bonner led the charge, combining for 21 points through three frames.

The Mystics slowly chiseled away at the Sun’s lead in the final minutes of the quarter. Emma Meeseman finally found her rhythm, notching 14 points through three.

Still, Connecticut managed to hold on to a 14-point lead entering the final 10 minutes. Thomas (12 points, 10 rebounds) already had herself a double-double.

ITS ALL OVER
The Mystics tried to trim the Sun’s lead, but Connecticut’s balanced play gave them the ultimate edge.

Thomas continued to dominate in the fourth, flirting with a triple-double throughout the quarter. This, and Bonner’s equally hot hands, allowed the Sun to maintain its double-figure lead throughout the final frame.

With seven assists in Sunday’s contest, January moved into 20th place on the WNBA’s all-time list with 1,146 and counting, per Across the Timeline.

There wasn’t much more to this one, with Connecticut running away with the 76-63 victory Sunday afternoon. Bonner led all scorers with 20 points in the contest.

PLAY OF THE GAME
Hands down.

UP NEXT
Connecticut returns to action Tuesday against the New York Liberty, with tip-off slated for 7 p.m. 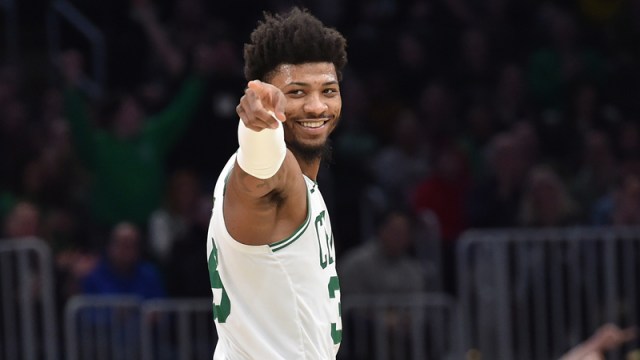 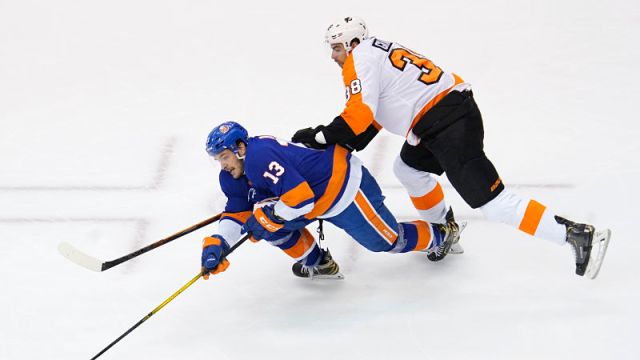