Fantasy football is all about value.

That means finding diamonds in the rough, of course. But it also means avoiding players — sometimes good ones — whose in-season production undoubtedly will fall short of preseason expectations.

So, with that said, we’ve identified 10 potential busts you should avoid in all leagues, regardless of format, for the 2020 NFL season.

A few of these players might fare OK, statistically speaking. But based on where they’re projected to be drafted, you’d be best served looking elsewhere rather than reaching for their services.

QB Tom Brady, Tampa Bay Buccaneers
Are we just supposed to overlook that Brady is 43 years old, coming off a mediocre 2019 with the New England Patriots and learning a new offense in an offseason condensed due to the COVID-19 pandemic?

Not to mention, there are questions surrounding Tampa Bay’s offensive line, its rushing attack and whether Bruce Arians’ usual desire to chuck the ball downfield will successfully accentuate Brady’s strengths while also mitigating the quarterback’s weaknesses at this stage of his career.

Brady is the GOAT, yes. And he’ll have an impressive collection of weapons to work with. But don’t pay for peak TB12.

But injuries remain a concern for the 31-year-old, who, like Brady, is learning a new offense under less-than-ideal circumstances. Plus, New England’s supporting cast leaves much to be desired talent-wise.

If Newton performs at a starting-caliber level in 2020, it’ll be a win for the Patriots, who signed the 2015 NFL MVP to a team-friendly, one-year contract. If he returns to being an elite performer, it’ll be a minor miracle.

While Rodgers still is an excellent quarterback between the lines, where it counts, the same can’t be said for the fantasy realm, where the 36-year-old produced fewer than 15 fantasy points in 10 of his 16 starts last season, according to ESPN.com.

The Packers now boast a run-heavy offense, and it’s hard to imagine that changing in 2020 after Green Bay drafted running back A.J. Dillon in the second round while doing little to address its pass-catching deficiencies.

Will Rodgers be better than last season? Maybe. Especially if he’s ticked off after the Packers drafted his presumed replacement, Jordan Love, in the first round. But not enough to warrant early fantasy consideration.

RB Derrick Henry, Tennessee Titans
Henry is an absolute beast. No one will dispute that, especially the teams he ran over down the stretch and in the playoffs last season as Tennessee advanced to the AFC Championship Game.

Just don’t become enamored with said physical dominance if other, better alternatives are on the board in Round 1. Because while Henry is built like a solid RB1, with both rushing prowess and volume on his side, he offers virtually zero production in the passing game.

Workload also could become an issue at some point, especially if Ryan Tannehill’s production regresses to the mean and teams devote even more attention to slowing down Henry.

RB Clyde Edwards-Helaire, Kansas City Chiefs
Edwards-Helaire, the 32nd overall pick in the 2020 NFL Draft, landed in a nice situation with the defending Super Bowl champions. And his role almost certainly will expand now that Damien Williams, his primary competition for touches in Kansas City’s backfield, has opted out of the season over coronavirus concerns.

But we’re still talking about a rookie who hasn’t played a single NFL snap, yet he’s being selected in the first round of many fantasy drafts.

RB Todd Gurley, Atlanta Falcons
Think a change of scenery is just what Gurley needs after a 2019 campaign that was underwhelming by his standards? Think again.

There’s no way around it: Gurley’s balky knee is a huge red flag. It not only limited his availability in 2019. It also negatively affected his efficiency, which doesn’t really stand to improve in Atlanta, where the Falcons’ offensive line has remained inconsistent in wake of last offseason’s overhaul.

WR DeAndre Hopkins, Arizona Cardinals
There’s a lot working against Hopkins. Joining a new team with a less proven quarterback. Competing for targets with Larry Fitzgerald and Christian Kirk, among others, in an offense that could take advantage of Kyler Murray’s mobility.

This isn’t necessarily a knock on Hopkins, one of the most talented pass-catchers in the NFL who actually managed to overcome quarterback inconsistency in Houston before Deshaun Watson’s arrival. It’s more a warning based on the situation and Hopkins’ status as one of the first wide receivers off the board in most drafts.

WR Stefon Diggs, Buffalo Bills
Diggs, like Hopkins, is joining a new team. Only Diggs’ situation seemingly is worse than both the one he vacated in Minnesota and the one Hopkins is jumping into in Arizona.

Josh Allen is the ultimate boom-or-bust quarterback, and his gun-slinging ways ultimately could lead to some big plays for Diggs. But there just isn’t enough week-to-week offensive consistency in Buffalo to warrant drafting Diggs as either a WR1 or a WR2.

WR D.J. Moore, Carolina Panthers
Moore, a first-round pick in 2018, followed a solid rookie season with an impressive sophomore campaign in which he caught 87 passes for 1,175 yards with four touchdowns. Clearly, he’s a star on the rise.

But Moore is being treated as a top-10 wideout in some circles, going as high as early- to mid-third round and ahead of far more proven commodities.

That price tag should diminish his appeal, especially with Carolina adding another viable wideout in Robby Anderson, who could take away targets while Teddy Bridgewater navigates his first season as the Panthers’ starting QB.

There’s no denying Gronkowski’s greatness. And Brady might benefit greatly from having someone with whom he’s familiar in Tampa Bay’s offensive huddle.

Still, we’re talking about a 31-year-old tight end who hobbled through his final season with the Patriots in 2018 and didn’t play football in 2019 in large because of injuries and the overall physical toll he’s endured throughout his career.

Throw in Tampa Bay’s crowded tight end depth chart, which also features O.J. Howard and Cameron Brate, and there are plenty of reasons to avoid Gronk despite the allure of him potentially turning back the clock. 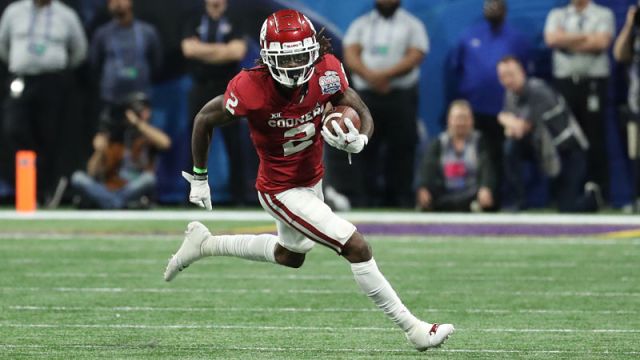 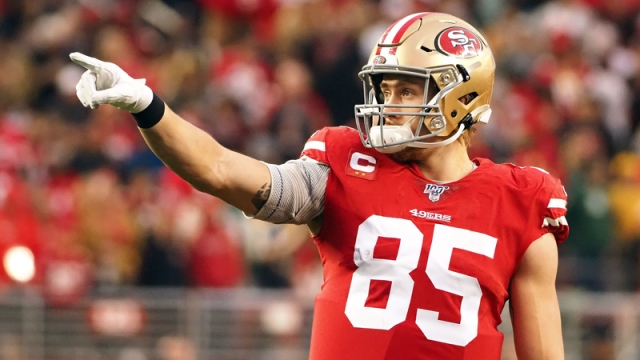 Fantasy Football 2020: Top 20 Tight Ends To Target In Your Draft