The NHL is on pause for the moment, as the league’s players joined athletes in other professional sports in their decision to boycott games as a form of protest against ongoing racial injustice.

Boston Bruins forwards Patrice Bergeron and Brad Marchand spoke to the media Friday on a Zoom conference call. They talked about why now is an important time for them to take a stand and what they hope to accomplish with their actions.

Here’s all of what they had to say.

On the focus of their actions
Bergeron: I think right now, it’s about any type of social injustice and racism but obviously hockey is close to our hearts and right now, it’s about supporting our fellow players and be there for them, supporting them. Obviously, within the hockey world, we definitely want to accomplish some things, but then that also means going broader and helping in society as well to try and bring change.

Reaction to people who say to keep politics out of sports
Marchand: I think that’s one thing that people continually mix up is they bring politics into these situations. That’s not what this is about. We’re not being political. That’s not the goal, and that’s not what we’re were here for. There need to be changes made throughout society right now. It’s bigger than hockey. It’s bigger than sports. It’s about people being equal and being the same and being treated the same. It’s just about making changes. People want to point in different directions and make it something it’s not. That’s what we want to avoid. We don’t want to make it about a political statement, we want to make it about people being better and making changes and getting to a point where we all see each other as equals, and that’s what it’s all about.

On when conversations about a boycott began
Bergeron: To be honest with you, it started even after that game. We had some discussions then, then went to bed and we already had some meetings planned with Tampa Bay early in the morning, and it kind of snowballed from there. We met with the Islanders and then Philly joined. It was something that was planned, that we were looking forward to having some good organic conversations and obviously we were making the right decisions and supporting what was right. I think it was great and powerful to see what happened yesterday. Seeing all those four teams, obviously battling on the ice for one thing, but we all realized it’s beyond sports right now. It’s about human rights and supporting our fellow players in the league. ? I thought it was a very powerful day.

On the impact of having players come together
Marchand: I think a great word Bergy used is powerful. That’s what is needed, especially in a predominantly white sport to have everybody come together and want to be part of a solution and continue those conversations. It has to start, it has to continue, and that’s something that we set that precedent early on. We do want to be part of that solution and continue to move forward and be better. This is another opportunity where we need to prove that and we have that opportunity to show we want to continue to be better and grow our game and the realization that it’s much bigger than where we’re at. We all need to learn a lot about what’s happening outside of our own lives. A lot of us don’t truly understand what it’s like in other people’s shoes, and we need to. It’s the only way things are going to change.

On the “stick to sports” crowd
Marchand: I think it comes back to people (having) opinions, and listen, everyone is entitled to their own opinions, but it’s very evident and clear that this is bigger than sports. People need to put that aside. Sports is a luxury. It’s a luxury to watch this game, to play this game, but when it comes about people’s safety and people’s lives and people feeling comfortable to be in their own skin, it’s much more important than (hockey). I understand people want to watch the games and see this, but it’s too bad. We have bigger things we care about and want to do and improve upon and the people we support, and that’s what matters.

On their communities growing up
Marchand: I think there are communities of color everywhere, and there were where I grew up and neighborhoods close to where I lived. The school I went to, I had friends who were of color, but it’s not like it’s only in some places. It’s everywhere. The more people you speak to and the more you learn about it, it is everywhere. Obviously places with less color, they don’t experience it as much where there’s more, but it’s everywhere. That’s where we really need to open our eyes and open our hearts and realize there’s a lot of change that needs to happen. Speaking specifically about what needs to happen, that’s what we’re gonna continue to talk about. I don’t think any of us have the perfect solution, but there are obviously things we can do to be part of it and that’s what we’re gonna continue to talk about today and moving forward.

Bergeron: I grew up in a predominantly white neighborhood, but that being said, it doesn’t mean we didn’t have any Black communities. It’s everywhere, the injustice, the racism. A few months ago, I made a statement and a donation to the Centre Multiethnique in Quebec, and I had a discussion with them about that and about the immigrants coming in to Canada and Quebec trying to establish themselves. It’s not always easy. You realize that, and so it’s what can we do to be better so everyone can have a fair chance and be equal? That resonated with me when I had that discussion. 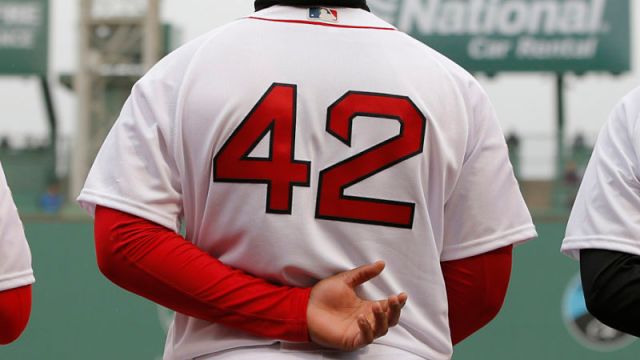 How Can You Honor Jackie Robinson? Red Sox Offer 42 Suggestions 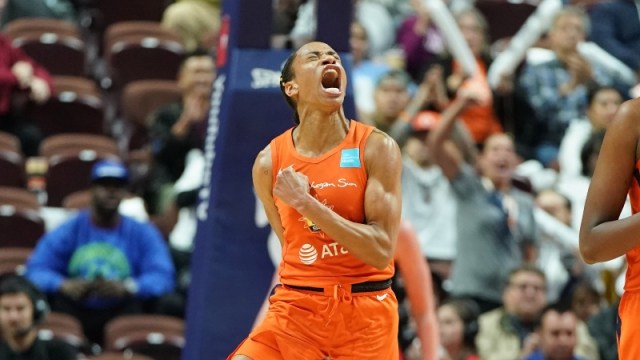