Is This Finally Derek Rivers' Year To Contribute For Patriots? - NESN.com Skip to content

That’s been the story of Derek Rivers’ New England Patriots career to date.

Since being drafted in the third round in 2017, Rivers has seen action in just 12.7 percent of New England’s regular-season or postseason games (seven of 55) and logged a grand total of 100 snaps (97 on defense, three on special teams), all of which came during the 2018 season.

In 2017, Rivers tore his ACL in a joint practice with the Houston Texans, wiping out his rookie campaign. Then, after languishing as a healthy scratch for much of 2018 — including DNPs in AFC Championship Game and Super Bowl LIII — he suffered another season-ending knee injury in a preseason game last summer.

Now 26 years old and entering the final year of his rookie contract, Rivers faces the most important summer of his football career. Another serious injury or poor performance in Patriots training camp, and his NFL career could be over.

So far, he’s been up to the challenge.

Rivers has been a bright spot in New England’s outside linebacker battle through the team’s first nine open practices. And while his availability remains a concern — he’s been absent from three of those nine practices — his performance has caught the eye of head coach Bill Belichick.

“It’s great to have Riv out there,” Belichick said before Wednesday’s practice. “He’s had a very good camp and really is playing with a lot of confidence. He’s gained a lot of strength and explosiveness, as well as rehabbing the injury. His overall body composition, strength, power is good.”

Rivers credited his physical improvement to Patriots strength and conditioning coach Moses Cabrera, who mapped out a plan for him to follow while he worked his way back to full health. Now that camp has begun, he’s trying to “work on everything” in order to become “a more well-rounded player.”

“It’s a blessing to have those types of (coaches) and that type of knowledge to be able to help us to become stronger, faster, more explosive in our game,” Rivers, who has one career sack and two career tackles, said after practice Wednesday. “It’s just following their program.”

Second-year pro Chase Winovich is likely to take on a larger role after a strong showing as a situational pass rusher last season, and Shilique Calhoun could see his defensive playing time increase, as well. Winovich and Calhoun both ranked in the top five among Patriots players in special teams snaps in 2019.

Belichick also mentioned Tashawn Bower, who joined the Patriots’ practice squad last November, as a player competing for OLB opportunities. Rookie linebackers Josh Uche and Anfernee Jennings both have experience playing on the edge, as well.

Given the uncertainty surrounding New England’s linebacking corps as a whole, we don’t consider Rivers a lock to make the 53-man roster. Belichick, though, seems to be higher on the Youngstown State product.

“We’ve seen a lot of good competition at that position, and it will be interesting to see how all that plays out,” Belichick said. “But Derek has done a good job, and he’s well ahead of where he’s been in the past. Each day, it seems like he gets a little more consistent, a little more confident, and I think he should be able to help us.” 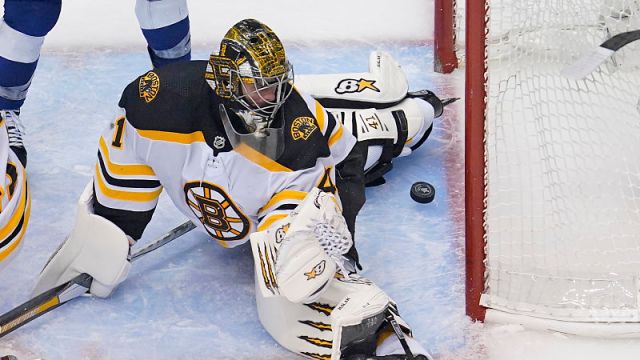 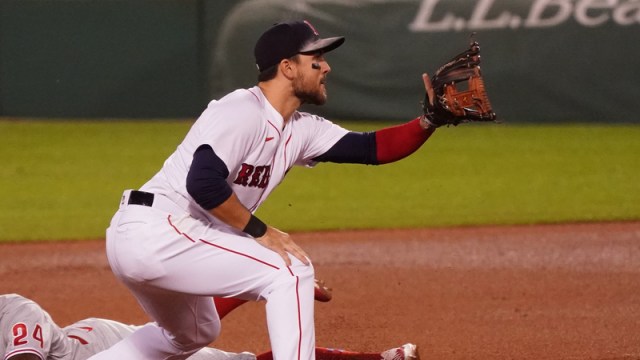