Lamar Miller Activated Off PUP; Here's What That Means For Patriots - NESN.com Skip to content

The veteran running back spent all of Patriots training camp — which concluded Sunday — on the active/physically unable to perform list as he recovered from the torn ACL that wiped out his 2019 season. His participation in practice Monday indicated he’d been removed from the PUP list.

Had Miller remained on PUP through this Saturday’s 53-man roster cutdown deadline, he would have been ineligible to play until Week 7. The 29-year-old now can suit up in New England’s scheduled Sept. 13 season opener against the Miami Dolphins, assuming he’s healthy and prepared enough to do so.

Media members only were permitted to watch a brief portion of Monday’s practice, so Miller’s level of participation was not clear. He did take part in positional drills.

Signed shortly before the start of training camp, Miller is expected to compete for early-down touches with third-year pro Sony Michel and second-year pro Damien Harris.

Michel, who underwent foot surgery this offseason, was activated off PUP last week. Harris was a full participant in every training camp practice — and impressed as a ball-carrier and pass-catcher — but was absent from the start of Monday’s practice. The reason for his absence is unclear.

With Miller now having just two weeks of practice before Week 1, it remains to be seen what his usage rate will look like in the early going.

Before his injury, Miller was a reliably productive dual-threat back for the Miami Dolphins and Houston Texans, surpassing 870 rushing yards in five consecutive seasons from 2014 to 2019. He also averaged 35.4 receptions per season during that span, scored 37 total touchdowns and was a Pro Bowler in 2018, his most recent healthy season.

The diminutive Arizona product has shown promise this summer and garnered positive comparisons to former Patriot Dion Lewis, but he’s the low man on this depth chart behind Michel, Harris, James White, Rex Burkhead and Miller.

The Patriots typically carry either four or five running backs, plus a fullback. 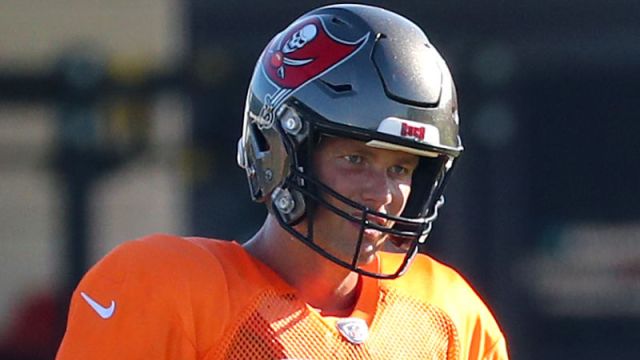 Here’s What Tom Brady Stressed In Speech To Buccaneers Teammates 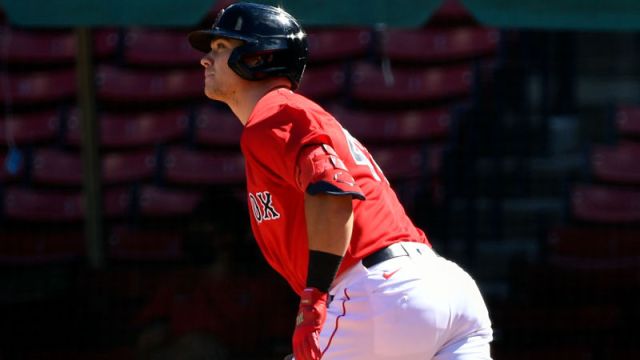