Dustin Pedroia currently isn’t playing with the Red Sox, but he’s with the club in Boston.

There’s a cardboard cutout of Pedroia near the Red Sox’s dugout out Fenway Park. Mitch Moreland recently quipped that the Pedroia cutout serves as a source of inspiration in games without fans in attendance. Moreland certainly played inspired Sunday afternoon, as his two-homer performance against the Toronto Blue Jays included a walk-off blast.

After the Red Sox’s 5-3 win, NESN’s Guerin Austin asked Moreland about the Pedroia cutout, which paved the way for the first baseman to hit his teammate with a friendly jab.

We have a feeling it’s only a matter of time before Pedroia chirps Moreland back. 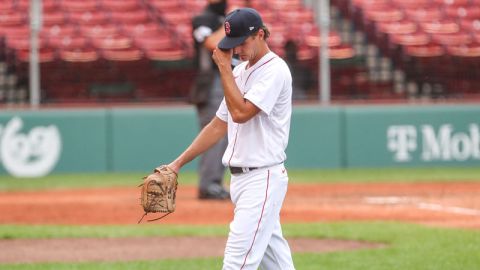