Quarterbacks were working on deeper throws to wide receivers without an opposing defense on the field when Brian Hoyer tossed a pass slightly over and behind Olszewski. The Patriots’ second-year wideout nonchalantly reached up one-handed to snag the ball out of the air, sparking cheers from his teammates.

Olszewski was described as “stronger, quicker” and “fearless” by Patriots cornerback Stephon Gilmore after practice Wednesday. He’s arguably been the Patriots’ second-best receiver in camp behind Julian Edelman.

QB winner: It was an ugly day overall for quarterbacks not named Stidham. Newton overthrew wide receiver Mohamed Sanu on his first dropback of practice. He was picked off by safety Terrence Brooks on a pass that sailed over rookie tight end Dalton Keene’s hands and into Brooks’ waiting arms.

Newton’s best throw came on a touchdown connection to Rex Burkhead. The running back dove for the well-placed pass. There was some question whether it would have counted in a game. The ball touched the ground but didn’t appear to move, so it looked like a catch from our angle.

Stidham only threw in 7-on-7 drills but was a perfect 6-of-6. He received snaps in 11-on-11s, but it was during walk-through handoffs against the scout team.

The job completely looks like Newton’s, which ultimately is the right decision. Stidham could make a push to back up Newton if he finally gets a chance to throw in full-team drills at some point before the season.

Is Sony Michel Being Activated Off Patriots’ PUP List Earlier Than Expected?

— Running back Sony Michel made a surprise return to practice off of the physically unable to perform list. He looked explosive and smooth in his cuts.

Michel and Damien Harris will compete for the starting running back role. Harris is a more consistent pass-catcher, but we’d be a little surprised if the Patriots stripped the starting spot away from Michel because of the lingering effects of an offseason surgery. Harris might have to earn his carries early in the season after getting just four touches as a rookie.

— Keene received more work than usual with Asiasi limited in practice. Keene still is going through some growing pains. He was targeted three times. One pass was picked off, one was broken up and one fell incomplete.

— The Patriots’ punt return team was forced to take two laps during special teams drills. There appeared to be an issue with getting the right personnel on the field.

— Gilmore — yes, you’re reading that correctly — took a turn when offensive players were going head-to-head with defenders in a ball-carrying drill. The Patriots starting cornerback juked safety Terrence Brooks to the ground. Gilmore said after practice he’s always trying to get a turn on offense. He also broke up a pass intended for wide receiver Damiere Byrd in 11-on-11 drills.

— Gilmore was excused from practice for a personal matter last week. He said Wednesday it was not contract-related. 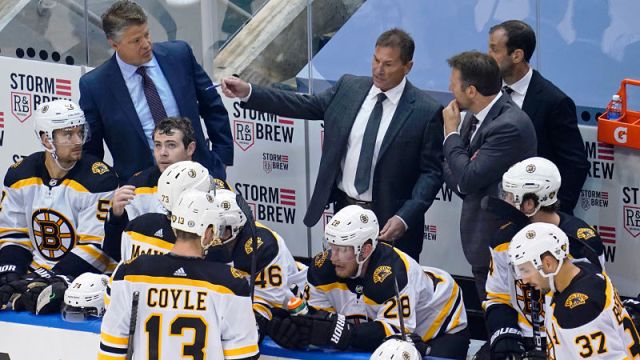 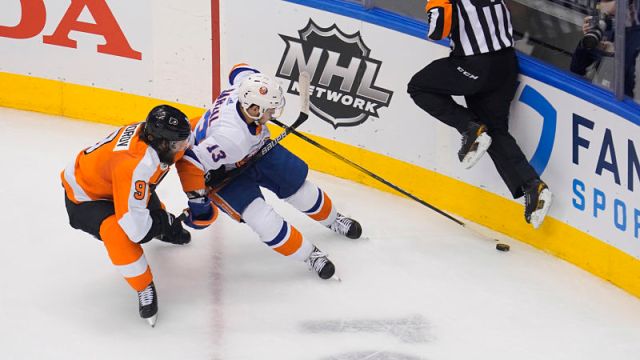