The New England Patriots usually wait until late August to make wholesale cuts to their roster. That process was pushed up in this offseason’s calendar.

Mere weeks ago, the Patriots had 90 players on their roster. They’re down to 75 players now after 12 cuts, eight opt-outs, one retirement, one reserve list placement, three signings, three re-signings and one trade addition.

We’ll spare you the intricate details.

But while the Patriots had 13 wide receivers on their roster as of July 25, they’re down to 10 after Marqise Lee opted out and Sean Riley and Quincy Adeboyejo were waived. Lee’s decision to opt-out was the biggest shoe to drop. He was a legitimate threat for a roster spot in a young and inexperienced positional group.

You can extract Edelman and Harry from that list. They’re not going anywhere as roster locks.

You can also set aside Hastings and Zuber for now. They’re the biggest longshots to make the 53-man roster after being released July 26. Hastings was re-signed July 28, while Zuber was brought back Aug. 5.

The fiercest competition for those final two-to-four spots then comes down to Byrd, Meyers, Olszewski, Ross, Sanu and Thomas.

Sanu is a near-lock for the roster, and something very wrong would have to occur for him to be left off of the Week 1 roster. Yes, he struggled last season after arriving via trade from the Atlanta Falcons, but the Patriots invested a second-round pick in him.

Meyers has the next best odds for a roster spot. He impressed last summer in training camp and preseason then caught 26 passes for 359 yards in 15 games as a rookie.

Maybe we’re underrating Byrd or overvaluing Olszewski, but they seem to have roughly an equal shot at a roster spot. Byrd had a relative breakout season in 2019, catching 32 passes for 359 yards with a touchdown with the Arizona Cardinals after accumulating just 12 catches for 129 yards with two touchdowns in his three previous seasons with the Carolina Panthers. Olszewski made the Patriots’ roster last season and served as the top punt returner, also catching two passes for 34 yards, before being placed on injured reserve.

Thomas is the most intriguing undrafted free agent — over Hastings and Zuber — as a former four-star recruit who flamed out at Miami over character concerns. He’s made it this far with the Patriots, and that’s a positive sign, no doubt.

Ross spent most of last season on the Patriots’ practice squad. Hastings was Patriots quarterback Jarrett Stidham’s slot receiver in 2017 before coming to New England as an undrafted free agent this spring. Zuber was the Patriots’ top-paid undrafted receiver this offseason.

It’s far from a proven positional group. It has some decent upside in Harry, a 2019 first-round pick, Meyers and Thomas, but it’s also not a particularly talented collection of players.

But the positional picture is clearing up with Lee, Riley and Adeboyejo out of it.

More Patriots: Which QB, Running Back Starts In Week 1? 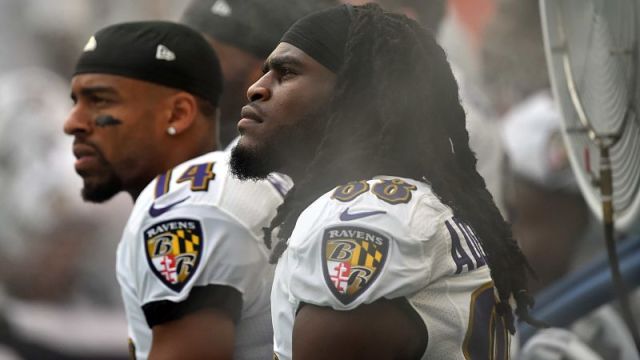 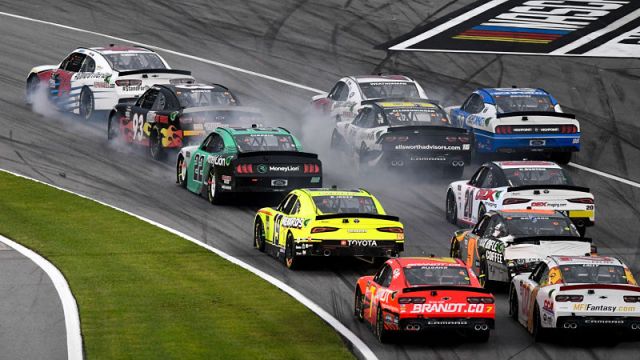