The bad news? The Boston Red Sox dropped their eighth consecutive game of the year in a 6-3 loss to the New York Yankees. But the good news is, thanks to an abbreviated 60-game schedule, they won’t have to return to the Bronx again this season.

The Red Sox were swept in their second straight series and were outscored by the Yankees 50-23. It also marked for their seventh loss in as many games at Yankee Stadium this season.

“It’s the first year that I’ve been here and to face the Yankees is one of the dreams that I had,” starting pitcher Martín Pérez said in his postgame video conference. “And to get beat from the Yankees is not good. It’s a bad feeling but like I say, that’s baseball man, and like we’re playing right now it’s hard to win because I think that we’ve got to pull everything together.”

Pérez went three innings giving up three earned runs off two hits and three walks with a strikeout in his start. The walks got him into jams, but Perez doesn’t think that’s what hurt him the most.

“They scored runs on me because I think the homers, not the walks,” he said. “I think with two outs, tonight, my tempo was too fast. I was trying to get out of the inning.

“I think the couple homers they hit tonight, that hurt us. But we’re just working man, working to find a way, but we never quit. I’ve been in this situation before and I think working together is the key. It’s hard, but like I said, we’re not frustrated.”

Boston actually outhit New York 8-5, but unfortunately four of those Yankees hits left the park. Perez gave up one homer.

“I know he thought that the zone was a little tight, and it may have been a little tight at times,” manager Ron Roenicke said postgame. “But he was close with pitches and just missing them and behind in the count. The walks obviously hurt him, the home runs, I mean they hit a bunch of home runs. You look up and see how many hits they have and how many runs and it’s discouraging that we can’t get some line drives and keep some of those balls in the park.”

Despite trailing 3-0, Perez seemed to be pulling it together in the third with a 1-2-3 inning before a lengthy rain delay lasting until 9:30 p.m. ET finished his outing.

The rain delay couldn’t have come at a worse time, too, as the Red Sox were gaining momentum and had the bases loaded in the fourth.

“It’s kind of been going that way, as you guys know when you watch the games… There’s just a lot of things going on. We still need to play better without a doubt, but hopefully when we start playing better we’ll get a few breaks our way.”

Here are other notes from Boston’s loss to New York:

— Christian Vazquez had the best day at the plate for Boston going 2-for-3 with a run and an RBI. But left the game late due to something going on with his right foot.

“I got a sore heel,” Vazquez said in his postgame press conference. “It was bothering me a couple days ago but I hope it’s nothing serious. … We’ll see how I feel tomorrow morning when I get to the ballpark and we’ll see what happens.”

It later was revealed the catcher is dealing with a mild case of plantar fasciitis.

As for another loss against the rivaled Yankees, the catcher didn’t dwell too much on it. For he remembers what it was like to beat them in the playoffs on the way to a 2018 World Series.

— After a bout with COVID-19 and the time it took to get back to the team after being cleared, reliever Josh Taylor was activated from the coronavirus injury list and made an appearance in the sixth frame. He recorded a perfect inning with a strikeout in his 2020 debut.

— The Red Sox return to Fenway Park on Tuesday for a two-game series against the Philadelphia Phillies. 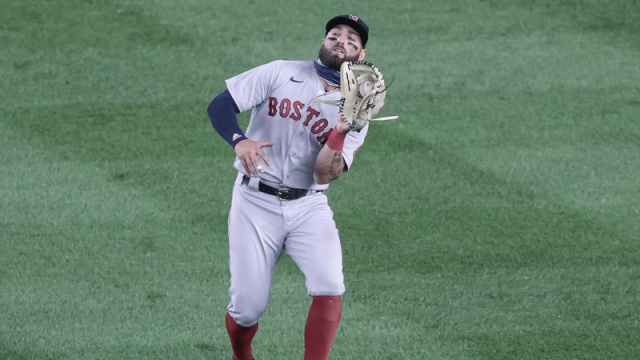 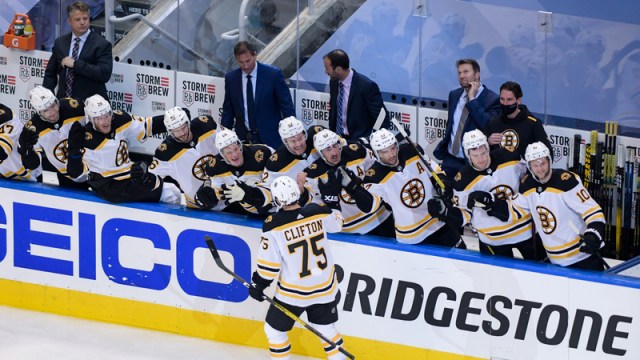