Hindsight is 20-20, and it looks like the NFL and its commissioner are seeing things more clearly when it comes to the motives behind Colin Kaepernick’s national anthem protests.

Back in 2016, the San Francisco 49ers quarterback decided to bring attention to racism and police brutality by kneeling during the national anthem — a demonstration he sought advice from Nate Boyer, a former Green Baret and Seattle Seahawk, before deciding to kneel.

But the peaceful protest at the time wasn’t received well by many around the country, and notably, the NFL, comprised mostly of Black athletes. But much has changed here in 2020.

“Well, the first thing I’d say is I wish we had listened earlier, Kaep, to what you were kneeling about and what you were trying to bring attention to,” Goodell said when Acho asked the commissioner what he’d say in a personal apology to Kaepernick.

“We had invited him in several times to have the conversation, to have the dialogue, I wish we had the benefit of that. We never did.”

The entire statement can be heard in Acho’s web series, “Uncomfortable Conversation with a Black Man: The National Anthem Protest – Pt. 1.” Check it out below:

With other sports leagues in the country using their platforms to keep the national focus on the issues of racial inequality, we’ll see what the NFL has planned to make up for 2016. 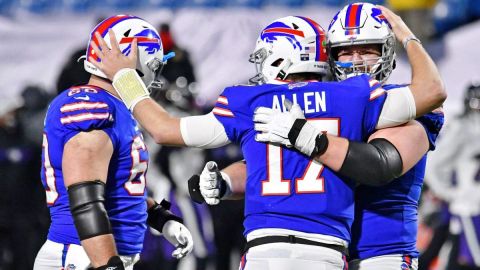