When the Toronto Raptors made history winning the NBA title in 2019, team president Masai Ujiri didn’t truly get to celebrate the victory.

While attempting to walk onto the court at Oracle Arena after his Raptors defeated the Golden State Warriors in Game 6, he was stopped by an Alameda County sheriff’s deputy working security at the game.

Alan Stickland reportedly denied Ujiri access to the court for not having proper credentials, and after shoves were exchanged, the deputy alleged the Raptors president was the instigator and even filed a lawsuit against him.

But on Tuesday, body camera footage was released by Ujiri’s legal team that suggests a different story.

At the time, Ujiri called the legal action against him “malicious,” saying he’ll never forget the experience taken away from that night on June 13, 2019, and the chance to celebrate a championship the right way is his motivation to win another title.

And more than a year later, more light has been shed on the incident.

The released footage shows Ujiri walking toward the court while simultaneously pulling a lanyard with his credentials out of his suit jacket. But before he can fully show Strickland his pass, the team executive is shoved and told to “back the (expletive) up” by the security detail.

“What are you pushing me for?” Ujiri is heard asking. “I’m the president of the Raptors.”

Check out the footage below.

The video certainly suggests that Strickland was in fact the instigator, and following the release of the footage, the Raptors issued an official statement of support for their team president.

“We are mindful this remains before the courts, but we have always maintained that the claims made against Masai are baseless and entirely without merit,” the statement read, via Marc J. Spears of ESPN. “We believe this video evidence shows exactly that — Masai was not an aggressor, but instead was the recipient of two very violent, unwanted actions. The events of that evening cast a pall over what should have been a night of celebration, and the year since.”

The partial video does not back up the claims made in Strickland’s lawsuit, which were that Ujiri wouldn’t show proper credentials, and that the Raptors president attacked him physically.

Another longer view of the altercation can be seen here.

After the incident, Almada County prosecutors pursued a misdemeanor battery charge against Ujiri, but ultimately decided to drop it.

This footage comes on the heals of a movement sweeping the nation calling out racial injustices and police brutality — causes that the NBA has dedicated its season restart to bring attention to.

That being said, we’ll see how the rest of this plays out. 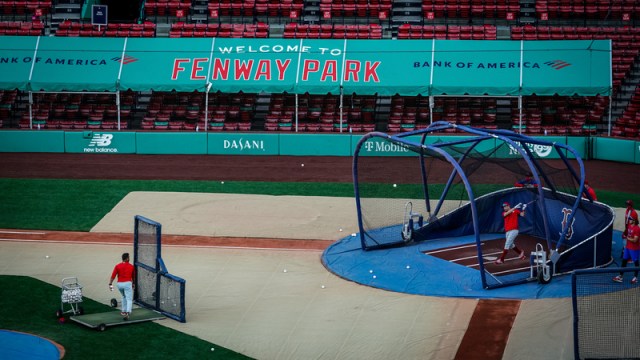 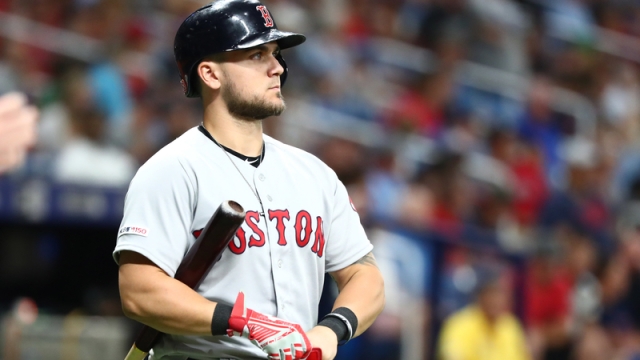