Connor Clifton evened the score in Game 4 between Boston and Carolina just over the halfway point of the third period. The 25-year-old defenseman, who was inserted into the Bruins’ third blue-line pairing in Game 2 of the first-round series, received a feed from Joakim Nordstrom and rifled a slap shot over James Reimer’s pad-side shoulder and into the top corner of the net.

As fate would have it, Clifton was mic’d up for sound in the contest ahead of the next episode of NESN’s “Behind The B.” You can hear Clifton celebrate his clutch tally in the Instagram video below.

The Bruins maintained the momentum following Clifton’s goal, as they lit the lamp two more times in the final frame en route to a 4-3 win at Scotiabank Arena.

The B’s now are one win away from eliminating the Hurricanes and advancing to the next round of the Stanley Cup Playoffs. Puck drop for Game 5 is set for 4 p.m. ET on Wednesday. 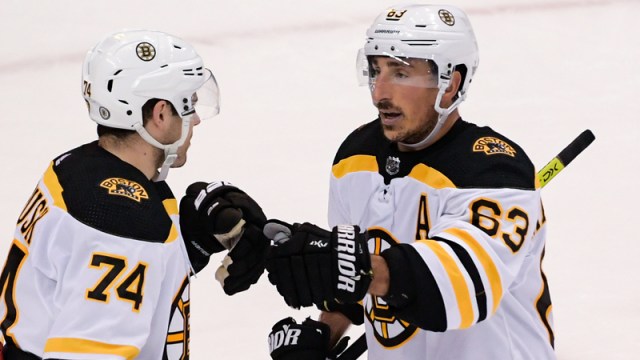