What Patriots Quarterbacks Are Saying About Training Camp Competition - NESN.com Skip to content

The New England Patriots’ first true quarterback competition in nearly 30 years is about to begin in earnest.

Barring any unforeseen delays, the Patriots will hold their first (non-padded) training camp practice this Wednesday, allowing Cam Newton, Jarrett Stidham and Brian Hoyer to square off in a full-team setting for the first time. Padded practices commence next Monday.

Head coach Bill Belichick, offensive coordinator Josh McDaniels and quarterbacks coach Jedd Fisch all have said the job won’t simply be handed to Newton, the former NFL MVP who signed with New England last month. To secure Tom Brady’s old starting spot, Newton first will need to beat out Stidham and Hoyer in what will be the most fascinating Patriots roster battle in recent memory.

Here’s how the three QBs are approaching that competition:

CAM NEWTON
As long as Newton is healthy, this job should be his to lose.

The former Carolina Panthers star looked like a top-tier quarterback as recently as 2018 before suffering back-to-back season-ending injuries (shoulder, then foot), and his rushing ability would open a world of play-calling possibilities for McDaniels. (Newton’s 58 career rushing touchdowns are the most ever by an NFL QB.)

Learning the Patriots’ notoriously complex playbook in such a short time period won’t be easy, though, and Newton will have to do so without the benefit of preseason games.

This is the 31-year-old’s first real quarterback competition since college. Newton was an instant starter for Carolina after being drafted first overall in 2011 and held that job until the Panthers released him this spring.

Newton called the challenge of replacing Brady, now with the Tampa Bay Buccaneers, “a breath of fresh air.” He previously referred to the specter of Brady’s departure as “the elephant in the room.”

“It’s a challenge that I had to accept each and every day, but no challenge is ever going to be greater than the personal challenge that I challenge myself, personally,” Newton said. “Yeah, we all know what that was and what it is, and it needs no mention. But yet at the same time, I think I’ve got my hands full with trying to learn as much as I can in a short period of time, and that’s what I’m trying to do.”

Health-wise, Newton said he feels “amazing” and is “full-go,” though he noted he still has more than a month before the season begins. He was not placed on the physically unable to perform list at the outset of camp, which was a positive first step. If he can stay on the field and rediscover his 2018 form, his one-year contract ($550,000 guaranteed, max of $7.5 million) would look like an incredible bargain.

JARRETT STIDHAM
Newton’s arrival must have stung a bit for Stidham, who looked like the odds-on favorite to start for much of the offseason. The 2019 fourth-round draft pick insisted he’s “actually really excited” to compete with Newton, though, and said he’s “absolutely” ready to start.

“I think I am definitely ready,” Stidham said. “I put in a lot of work this offseason to really improve mentality, physically, in a lot of different areas. At the end of the day, I am extremely excited to compete with Cam and Hoy as we go forward in training camp and getting to the season and things like that. I am really looking forward to the competition. I love competing in whatever it is. I’m really looking forward to it.”

Fourth-round picks rarely yield quality starting QBs, but Stidham showed legit potential last summer — he beat out Hoyer for the top backup job behind Brady — and now has a full year of experience in New England’s system. He’s yet to be tested in a meaningful game, as his three regular-season appearances as a rookie all came in garbage time.

“I do feel a lot more confident having a year under my belt, a year in the system,” Stidham said. “Just kind of being more of a professional in general and understanding how we do things here within the organization. I have approached the offseason that way the entire time. My big thing is I want to continue to be a leader on this team and be the best teammate that I can be to the guys in the locker room.”

Stidham displayed that leadership by organizing throwing sessions with Patriots pass-catchers during the leadup to training camp. The 24-year-old exuded confidence during his video call with reporters and seemed unfazed by the pressure of potentially replacing Brady.

?I consider Tom a really good friend at this point,” Stidham said. “Obviously, I got to learn a ton from him throughout the entire year last year … There was a lot to take away from being around him every single day. I don?t really look at it as replacing Tom Brady. I just want to be myself and I want to be a leader for this team and be the best teammate that I can be for this team. I don?t really look at it like that.”

BRIAN HOYER
Hoyer is in his third stint with the Patriots, having joined up in March after being cut by the Indianapolis Colts. His odds of opening the season as the starter are the longest, but he said that won’t impact his approach to training camp.

“For me, you?re still competing every day you go out,” Hoyer said. “Regardless of what the spot is, it?s always a competition. Bill said that numerous times — you?re going to earn what you get. For me, it doesn?t matter if there?s 15 guys in the room. I?m always competing. When Tom was here, I was always competing for the starting job, too. Now, I was probably never going to get that, but I always competed like I was going to try to beat him out. That was the only thing I could do to try and make myself better.

“I think the more good players you have in a room, a group, offense, defense, team, it?s always going to raise the level of everyone else up. It?s something I?ve taken a part of before, and it?s something I look forward to.”

One edge Hoyer does have over his fellow contestants is his wealth of experience in McDaniels’ Patriots offense. This will be his seventh training camp with New England, compared to Stidham’s second and Newton’s first.

“I dealt with this in Cleveland,” the 34-year-old said. “I did it in Houston. I?ve done it in a lot of different places. For me, I?ve never really changed my mentality. For me, it?s to go out and get better every day. If you?re not doing that, you?re getting worse. I know that?s cliché to say. Whether this is my 12th year, fifth year, seventh year, whatever it might be, you have to come in and compete like you?re going for that job whether you?re going to get it or not.

“That?s the only way to prepare yourself in case there comes a point where you do have to play. The reality of our job is whether you?re the starting quarterback, backup, third (string), you never know. Things can change on a week-to-week basis, and you have to be ready to go. I?m always up for it, and I?m always excited to go out and play.”

More Patriots: Why Returning To Foxboro Was ‘Easy Decision’ For Hoyer 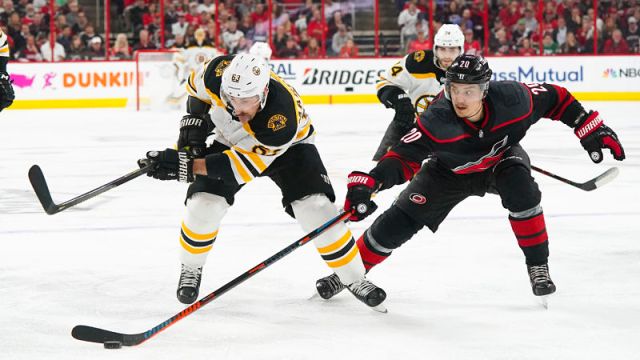 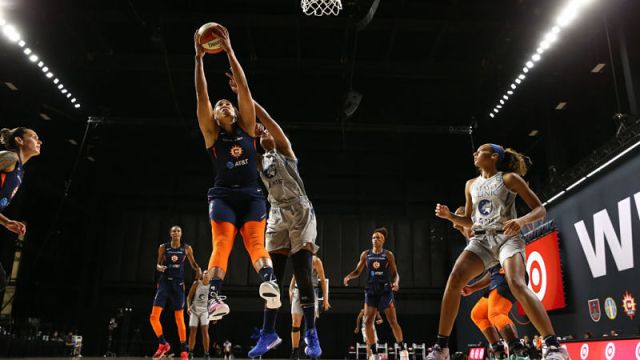