FOXBORO, Mass. — Cam Newton will make history Sunday when he takes his first snap from center against the Miami Dolphins.

Newton, who beat out Jarrett Stidham and Brian Hoyer this summer for the right to replace Tom Brady, is set to become the first Black quarterback in New England Patriots history to start a Week 1 game.

He’ll be just the second Black QB ever to start a regular-season game for New England. Jacoby Brissett became the first when he made two starts in place of a suspended Brady and an injured Jimmy Garoppolo in 2016.

Newton acknowledged the significance of this milestone when he was asked about it during his Thursday afternoon video conference.

“It?s a big deal,” he said. “It?s really a big deal. I understand who I am, I understand being an African-American in this time, we have to be stronger and sticking with each other more than ever now, yet this is a great feat to achieve. But at the end of the day, we have to make sure we?re using our platform for positive reasons, and that?s what I want to do.

“I want to prove to people that there?s more to a person than what you see on the outer level. I?m a person who got second and third and fourth chances in my life, and yet through it all, it should always be about what that person?s about, not what that person looks like. And as long as I have this opportunity to impact and empower the community — whether it?s the Black community, whether it?s the white community, it doesn?t matter what community it may be — I just want to do my part as a good samaritan on Earth.”

Dolphins Trying Not To Drive Themselves Crazy Preparing For Cam Newton, Patriots

Newton, who was raised in Atlanta, said he grew up idolizing former Falcons star Michael Vick and other Black quarterbacks of that era. The 31-year-old believes it’s his responsibility to use his platform to inspire today’s youth, including his own children.

“I say this proudly,” Newton said. “When I grew up in Atlanta, Michael Vick was my hero. Still to this day, Michael Vick is my hero. I?m not too proud to say it. Vince Young was my hero. Randall Cunningham was a person that I knew, I didn?t get to really see him play growing up, but those types of athletes — Donovan McNabb, African-American quarterbacks — seeing those guys play, it?s the main reason I have this opportunity now. Daunte Culpepper, a lot of them. I don?t want to not mention people who did the right thing, but when I look at myself right now, there?s so much that I have to do in a sense, right? Not only to protect our community, but as a father. My kids just came here in town today, so I?m even more excited to live up to their expectations. They?re not at an age right now where their expectations are high or they know who their dad is or what their dad does, (but) sooner or later when they get to that age and they?re hip to understanding who your dad is and how he did certain things, I want them to know I did it the right way, I was myself throughout the whole time, I did right by people, I was good to people, I was a respectful young man.

“To look up and not only Cam here, but look at Opening Night tonight and Mahomes and Deshaun Watson, it?s special,” McCourty said. “Obviously with Cam being here, and I didn?t even know that, but to be the second Black quarterback to be out there as a starter and the first for opening week, I think it is an honor.

“It is something that none of us should take lightly because of the history of our country and different things that have happened, whether it?s Jackie Robinson, Muhammad Ali, Kareem Abdul-Jabbar, Bill Russell — all those different men who are in front of us; Jim Brown — who set a great example, have really paved the way. For you guys to report on something like that or for me to be in a game that involves that has really been set in front of us by the men who have traveled this path and really done all of the hard work.

“I think it is cool for us to reach some of those benefits and still try and push different things forward.” 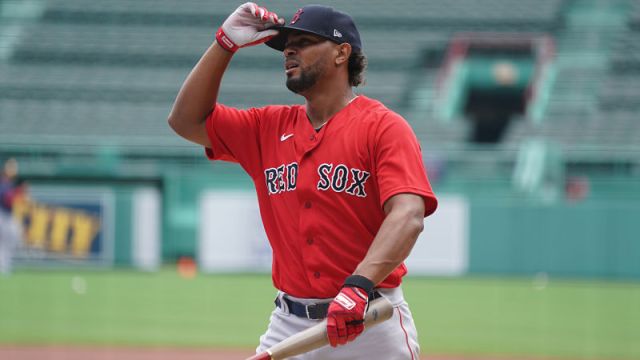 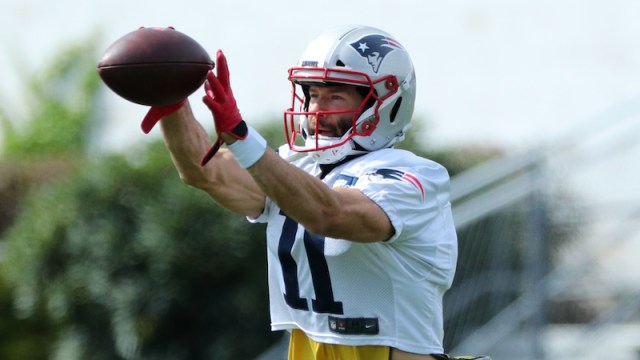