Cam Newton and Julian Edelman hooked up eight times for 179 yards Sunday night in Seattle. A ninth connection might have won them the game.

Two plays before the Seahawks’ defense stuffed Newton short of the goal line as time expired, the New England Patriots quarterback fired a pass into the end zone that shot through Edelman’s outstretched hands.

A catch there would have put the Patriots ahead with less than 15 seconds remaining. Instead, Seattle was able to close out a 35-30 victory at CenturyLink Field, handing New England its first loss of the Newton era.

During a Tuesday morning interview with WEEI’s “Greg Hill Show,” Newton acknowledged the pass was catchable but blamed himself for making it unnecessarily difficult for the veteran receiver to haul in.

Newton, who attempted just 19 passes last week in his Patriots debut, went 30-for-44 for 397 yards with three total touchdowns (one passing, two rushing).

Despite one interception and another errant throw that nearly resulted in a pick-six, was one of the best passing performances of the former NFL MVP’s NFL career. Newton hadn’t thrown for that many yards in a game since the first month of his rookie season.

“There was a couple plays in the game that I just wish that I had back, but that’s every single game,” Newton said on WEEI. “You can’t play uptight. You’ve just got to live in the moment. And through it all, there was a combination of a lot of things.”

Newton and the Patriots will host the 2-0 Las Vegas Raiders this Sunday at Gillette Stadium. 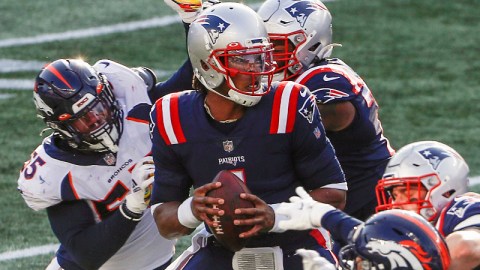