Hayward, who had not played in a game since Aug. 17 against the Philadelphia 76ers, competed for 31 minutes in Boston’s 117-106 Eastern Conference Finals victory. He finished with six points on seven shots, while adding five rebounds, four assists and three steals.

But even more than what he did on the stat sheet was what he did off of it. He gave the Celtics another scoring threat with an added ability to facilitate the offense, and while on defense, presented another versatile player who could guard.

Hayward’s teammates were happy to have him back.

?Gordon was great. Welcome back for Gordon,” Jaylen Brown told reporters, as seen on NBC Sports Boston’s postgame coverage. “Just having the extra body, having a guy to make plays was huge for us. He had some big plays during this game and he?s only to continue to go up.”

Jayson Tatum added: ?It meant everything, obviously. … We?re so much better when he?s out there. So much more dynamic. So much more versatile when he’s out there. So, it felt great to have our full team back. He played great in his first game, and he’ll continue to get better, get his feel back. So to have him back, was everything.”

Kemba Walker said much of the same, noting Hayward’s “feel for the game” was something the Celtics have missed.

Head coach Brad Stevens expressed how he didn’t expect for Hayward to play as much as he did, but he was encouraged by what he saw from the 30-year-old in his first game in nearly five weeks.

?We didn?t expect to play him that much, but with (Marcus) Smart in some foul trouble at the end of the third, (Daniel) Theis in foul trouble, I thought he looked pretty good. And we have four days off, so we just have to monitor him and see how he looks. He asked to come out a couple times. The wind caught up to him a couple times.

“I thought he did what he?s done all year. He didn?t shoot it quite as much, but he is a stabilizing force for our team,” Stevens continued. “He just can make a right play, make a play for somebody else at the right time. And he hit the big three as they were making a run. So, I think it?s just, he makes us better that?s for sure.”

Hayward seems like he’ll be around for the entirety of the Celtics postseason run, as well. Originally thought to be leaving the NBA bubble due to his wife being pregnant for their fourth child, Hayward expressed he won’t be departing after all. 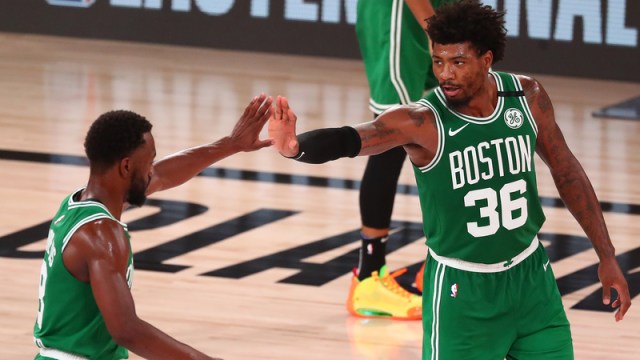 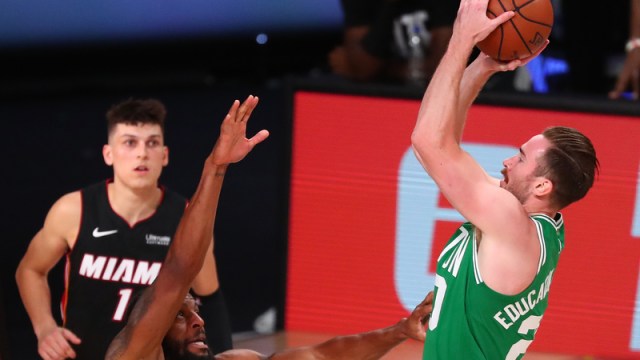