The Boston Celtics again built a double-digit lead behind their impressive two-way play in the first half. The Celtics then again came out flat in the third quarter, watched the Miami Heat outscore them by 20 points in the frame and ultimately didn’t do enough down the stretch to pull out a win.

Miami claimed a 106-101 victory in Game 2 of the Eastern Conference Finals, and more importantly took a 2-0 lead in the best-of-seven series.

Miami’s Goran Dragi? led all scorers with 25 points while Bam Adebayo scored 21 points (10-for-16 from the floor) with 10 rebounds. Duncan Robinson (18 points on 6-for-12 from three), Jimmy Buttler (14 points, three steals) and Jae Crowder (12 points) rounded it out for the Heat starters.

Kemba Walker led Boston with 23 points while Jayson Tatum and Jaylen Brown each scored 21. Marcus Smart added 14 of his own.

SOLID START
The Celtics used some balanced scoring and a decent defensive effort to take a 31-28 lead after the opening 12 minutes.

On the opposite end of the floor, the C’s allowed Miami’s Robinson to get hot from behind the arc, shooting 4-for-6 before finishing the quarter with 12 points. Boston, though, did lock down on others with Butler (three points) and Adebayo (zero) held at bay.

Note: This Walker assist was insane.

C’s EXTEND LEAD
It was an impressive second quarter for the Celtics, who led by as many as 17 points before taking a 60-47 advantage into the break.

It also was great to see Walker, who has struggled mightily from the offensive end, to get back into form. He led Boston with 14 points on 60 percent from the floor (6-for-10). Smart (10), Tatum (nine) and Brown (eight) all pitched in for the C’s offense, which finished the first half shooting 58.1 percent (25-for-43).

The Celtics continued to keep up its defensive effort, as well, forcing the Heat to shoot 38.3% despite forcing just three turnovers. Butler scored just six in the first half.

THIRD QUARTER COLLAPSE
Miami turned up the defensive intensity coming out of the half, and outscored the Celtics by 20 points in the quarter (17 in the final 6:19) to not only erase the Celtics’ advantage, but take a lead of its own. Miami, almost unfathomably, lead 84-77 heading into the fourth.

Miami was getting easy looks in the paint, perhaps best depicted as Adebayo scored 15 of his 19 points in the third. They got into the paint with dribble penetration and easy passes as the Celtics struggled in their help-side defense. As a team, Miami also increased their shooting percentage to 45.1 percent (32-for-71) with Robinson adding two more 3-pointers of his own.

The Celtics offense pretty much went to sleep, slow in their ball movement and cuts to the basket. Boston had seven turnovers in the period, and 15 in the game.

Walker climbed to a team-high 17 points while Tatum entered the fourth with 16 and Tatum 14.

C’S DOWN 2-0
Boston went to its small-ball lineup in the fourth with Grant Williams playing the center position along with Tatum, Brown, Smart and Walker. It actually helped the Celtics play some pretty good defense, as Boston forced Miami to make just two of their first 10 shots from the field.

A Tatum dunk and Walker 3-pointer helped Boston go on an extended 15-2 run, which gave the C’s to a 91-89 lead with five minutes left.

Miami, per usual, didn’t go away, however. A bad Celtics turnover led to two Miami points in transition after seemingly turning the momentum. Miami later forced another turnover on after a stoppage in play.

Brown tried to pull the Celtics back in it, connecting on two 3-pointers down the stretch — the first which cut Boston’s deficit to 102-98 and the seance which cut it to 104-101. Brown did, however, have a chance on a corner 3-pointer to tied the game in the final seconds, but it was off the mark.

UP NEXT
Boston will face Miami in Game 3 of the Eastern Conference Finals on Saturday. Tip is scheduled for 8:30 p.m. ET. 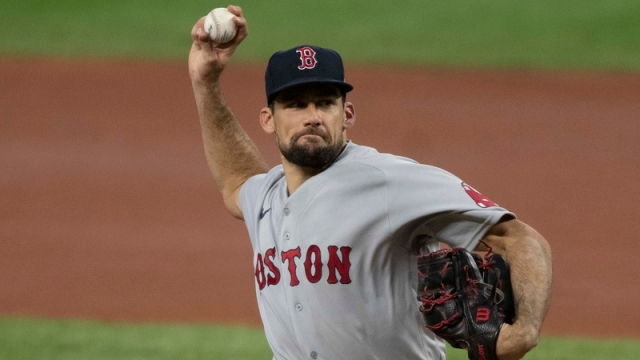 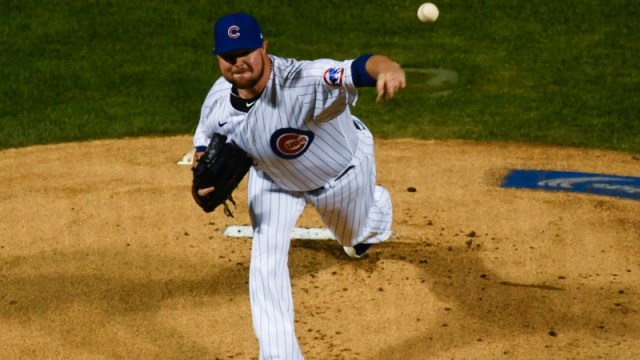