“The wording was a little loose for my taste,” Cowherd said Tuesday on FS1, referring to Arians’ comments in the aftermath of Tampa Bay’s 34-23 defeat at the Mercedes-Benz Superdome.

Brady clearly wasn’t his best Sunday, throwing two interceptions, including a pick six, in his first game with a franchise other than the New England Patriots.

But Arians said he expects the 43-year-old quarterback to show “a little more grit” and “a little more determination” heading into Week 2, which raised Cowherd’s eyebrows.

“Excuse me? Tom Brady wasn’t determined enough? I don’t know if your television set’s been working for 20 years,” Cowherd said. “Tom’s got issues — he’s not the greatest athlete — but the determination thing? I’m gonna go with, Tom’s good on that. Secret practices, helicopters hovering at high schools in Tampa. Gotta be careful here.”

Cowherd compared Arians to former NFL quarterback Brett Favre, suggesting both are talented but a little loose when it comes to details.

This obviously isn’t something Brady is accustomed to, having spent two decades playing under Bill Belichick in New England, and Cowherd believes the Bucs should tread lightly with the six-time Super Bowl champion moving forward.

“… You’re dealing with Tom Brady, the greatest at his position ever, and Brady is the opposite of Favre. He is the opposite of Arians,” Cowherd said. “He is absurdly buttoned-up, absurdly detailed, ridiculously committed, beyond obsessed. I’d be careful about questioning the determination thing.

“People who are driven and goal-oriented and tough on themselves, Tom knows his mistakes,” he added. “The people you have to get after are the ones like (Cleveland Browns quarterback) Baker Mayfield who play average football and think they’re great and have no humility. … Brady knows he wasn’t ideal. Brady knows of his mistakes. He’s buttoned up. Tampa, historically not. I’d just be careful what I say here.”

The Brady era in Tampa Bay was going great. Until the Bucs took the field. Now, the team — including Brady and Arians — is searching for answers after losing to a tough divisional rival on the road in Week 1.

As for Brady’s old team? The Patriots did just fine in their season opener, with Cam Newton powering New England to a 21-11 win over the Miami Dolphins at Gillette Stadium. 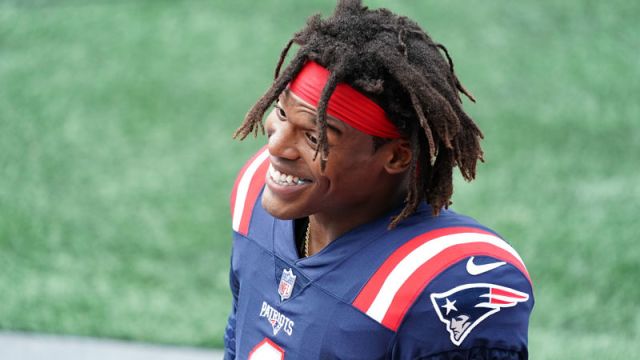 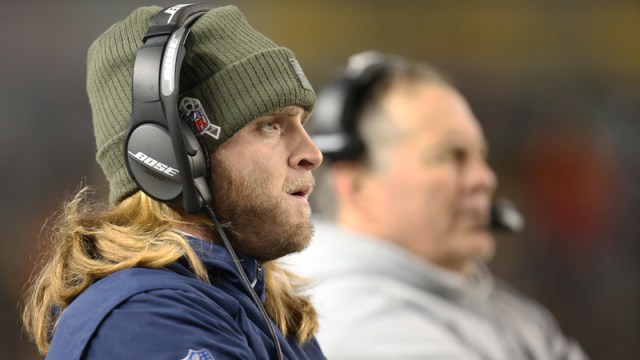