Cam Newton made the most of his Patriots debut this past Sunday.

The star quarterback powered New England’s offense in a 21-11 win over the Miami Dolphins at Gillette Stadium. Newton proved he still is capable of getting it done with his legs, as he racked up 75 rushing yards with two touchdowns on a game-high 15 carries.

While the Patriots’ defense deserves credit for its strong performance against the Dolphins, the 2015 NFL MVP stole the show. As such, he was the focus of Colin Cowherd’s “Three Word Game” for the Week 1 clash between AFC East rivals.

“Dolphins-Patriots: Lights, Cam, action,” Cowherd said Monday on FS1’s “The Herd.” “Only quarterback with multiple rushing touchdowns in Week 1. Fifteen carries — that’s the most carries by any Patriots quarterback in franchise history. They realized what he was. I’ll tell you what, (Bill) Belichick needs him. Cam needs Belichick. A little harmony. Now, it was the Dolphins. They were favored by a touchdown. It was a nice opening week for Cam.”

Newton undoubtedly was impressive in his first game since Week 2 of last season, but as Cowherd mentioned, he was going up against a mediocre-at-best opponent.

The 31-year-old has a chance to really put the league on notice Sunday when the Patriots take on the Seahawks in Seattle. 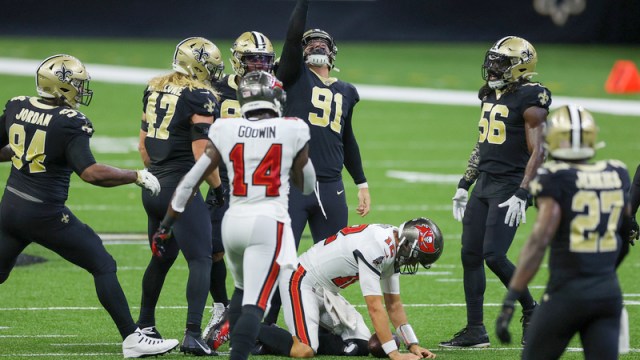 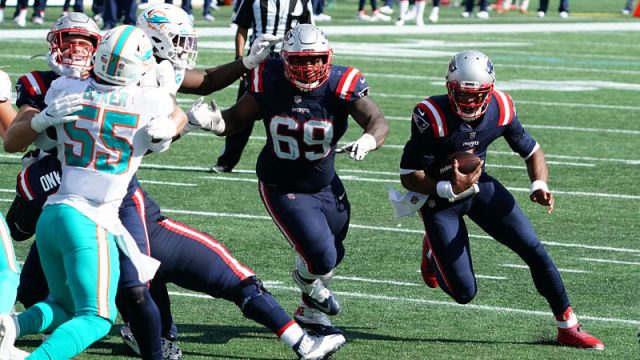