The WNBA semifinals begin Sunday with a matchup between two of the league’s hottest teams.

The Connecticut Sun and Las Vegas Aces will square off in a best-of-five series to determine which team will play in the WNBA finals. The two squads have taken very different paths to get to this point in the postseason, too.

The Aces cruised to the playoffs this season on an impressive 18-4 record. They claimed the coveted No. 1 seed thanks to a young but stealthy roster and two wins over the second-seeded Seattle Storm (who also finished the season at 18-4) during the regular season.

The Sun, meanwhile, began the season 0-5 but clawed their way back to earn the seventh seed in the eight-team playoffs. They dominated their first- and second-round single-elimination games against the No. 6 Chicago Sky and No. 3 Los Angeles Sparks in one of the most impressive runs in recent memory.

Connecticut enters the semifinals as massive underdogs, but that doesn’t mean they should be counted out. After all, they have two of the league’s best players in DeWanna Bonner and Alyssa Thomas, who split three of the Eastern Conference’s six Player of the Week awards in 2020.

But will the the Sun’s Cinderella run continue through the semifinals? Only time will tell, and Game 1 perhaps will be the most telling of them all.

Here’s how to watch Sun-Aces Game 1:

Recent meetings
The Aces beat the Sun in both of their regular-season matchups in the abbreviated 2020 season. Las Vegas dominated both contests, topping Connecticut by 21 on Aug. 20 and 15 on Sept. 3.

Players to watch
There will be plenty of bodies to keep an eye on in this contest.

Angel McCoughtry and 2020 Most Valuable Player A’Ja Wilson are sure to lead the charge for Vegas, as they have all season. Dearica Hamby, Kayla McBride and Jackie Young likely will play key roles, as well.

The Sun, meanwhile, likely will lean on Bonner and Alyssa Thomas once again while players like Brionna Jones and Jasmine Thomas will continue to play important supporting roles. Look for Kaila Charles and Natisha Hiedeman to step up, too. 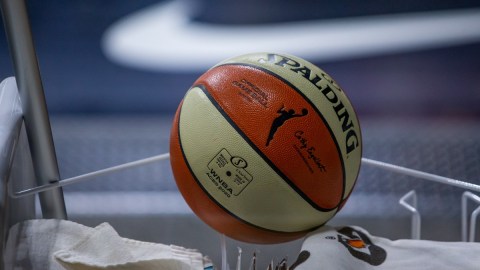