Cam Newton has made a good impression so far with the Patriots.

Since he’s a pending free agent, the question already is being asked: Will he stay in New England long-term?

A former Pats quarterback believes so.

Newton is playing on a one-year prove-it deal, and he’s already in line for a big payday this offseason provided he stays healthy and productive the rest of the season.

Although Newton is insistent that his contract situation isn’t on the front of mind right now, Drew Bledsoe believes a long-term extension between the two sides very well could happen — maybe even sooner than later.

“It sure seems like it,” Bledsoe said on CBS Sports Radio’s “The Zach Gelb Show”. “I know that Belichick has been effusive in his praise of Cam, and Cam, it was crazy that he was on the street as long as he was. I think [maybe] people were concerned that he just wasn’t healthy yet, but I know he’s thankful the Patriots gave him that shot. I think there’s some mutual admiration there. I could actually see them signing him up to a longer-term deal before the season (ends).”

Quality quarterbacks are tough to come by. Although Bill Belichick tends to be stingy in negotiations, handing out a big contract to Newton might end up proving to be a shrewd decision.

We’ll just have to wait and see though. 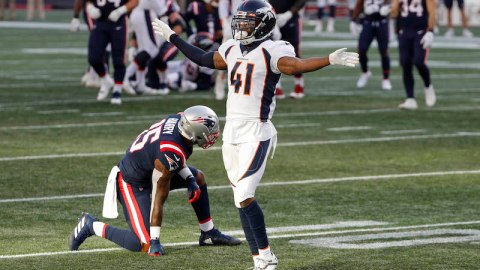 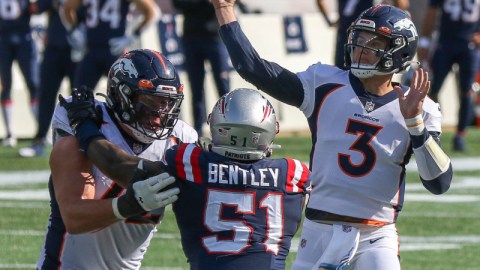