How’d we make out during Week 1 of the NFL season, fantasy football owners?

Hopefully you’re rolling into the second week of the league’s 2020 campaign with some confidence. And if so, earning a Week 2 win is key to keeping that strong start alive.

With that, there’s certainly a few on-field matchups that could lend their way to more success than others. Here are a few players you should starts, and a few others you may want to sit entering Week 2:

STARTS:
Ryan Tannehill, QB, Tennessee Titans
Tannehill completed 67 percent of his passes for 249 yards and two touchdowns in a Week 1 win over the Denver Broncos. He could have even more success this week against the Jacksonville Jaguars. Of note, Tannehill went off against the Jaguars in 2019, scoring four touchdowns (two throwing, two rushing), and let’s just say the Jacksonville defense hasn’t gotten any better since.

Jonathan Taylor, RB, Indianapolis Colts
It was rumored this offseason that it wouldn’t take long for Taylor to take over the lion’s share of carries from Marlon Mack. With Mack going down with an Achilles injury Week 1, Taylor will do just that, despite it maybe not being the way the Colts envisioned. Taylor recorded 89 yards on 15 touches (nine carries) last Sunday, and he’s now a must-start going forward.

Michael Gallup, WR, Dallas Cowboys
While there are a lot of mouths to feed on the Cowboys offense, going against an Atlanta Falcons secondary that gave up just shy of 300 yards passing to the Seattle Seahawks makes Gallup a good WR3/Flex this week. After all, he recorded five catches for 50 yards against the Rams with a debatable pass inference penalty cancelling out a 47-yard gain.

Jared Cook, TE, New Orleans Saints
The 12-year veteran had a strong season debut (five catches on seven targets, 80 yards) against the Tampa Bay Buccaneers, and with the Saints likely without receiver Michael Thomas, Cook could see even more targets Week 2 against the Las Vegas Raiders. He should be considered a top-10 tight end this week.

SITS:
Carson Wentz, QB, Philadelphia Eagles
While the Philadelphia O-Line will benefit from the return of Lane Johnson, the fact is they gave up eight sacks to the Washington Football team Week 1 and now go against the best defensive lineman in the game — Aaron Donald. The Rams defense also held fellow NFC East signal-caller Dak Prescott to just one touchdown in their season debut.

Mark Ingram, RB, Baltimore Ravens
Ingram’s days as a must-start fantasy running back could be numbered with rookie J.K. Dobbins entering the fold. Ingram had the most carries in Week 1 (10), but played fewer snaps than Dobbins, who scored two touchdowns. Ingram’s role against the Houston Texans could be more limited, as well.

D.K. Metcalf, WR, Seattle Seahawks
The second-year wideout was impressive Week 1 (four catches, 95 yards vs. Atlanta), but a matchup with the 2019 Defensive Player of the Year Stephon Gilmore may be on the horizon as the Seahawks get set to host the New England Patriots on “Sunday Night Football.” If so, expect Russell Wilson to have some trouble getting Metcalf involved.

Mike Gesicki, TE, Miami Dolphins
Gesicki will have a tough matchup going against the Buffalo Bills, who have been very good against tight ends for the past two seasons. The third-year tight end also is coming off a less-than-desirable, three-catch, 30 yard performance against New England. 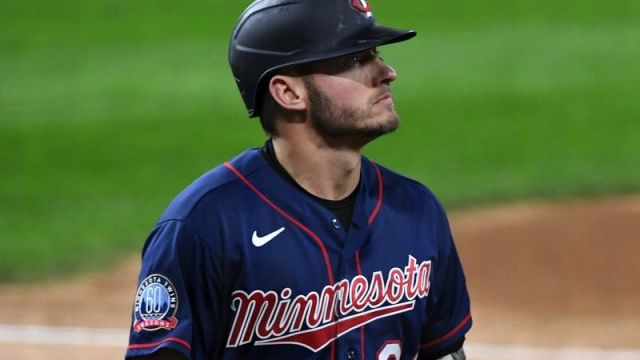 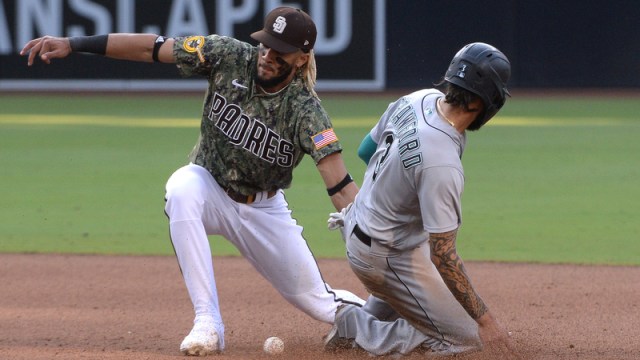