After Newton scored the second of his two rushing touchdowns in New England’s 21-11 victory over the Miami Dolphins, he handed the ball to Andrews for the celebratory spike.

Andrews, who missed all of last season with blood clots in his lungs, appreciated the gesture.

“It was awesome,” Andrews said during his postgame video conference. “He’s been a great teammate, man, and you’ve got to love watching that guy play the game. The way he plays it and seeing all the work he’s put in, I’m super proud of him, and we had some fun out there today.”

Newton, who turned in a stellar performance in his Patriots debut, related to the disappointment Andrews felt throughout the 2019 season. The quarterback also spent most of that campaign away from the field, landing on injured reserve with a foot injury after just two games.

“Dave is a person who was kind of in my boat — a person that’s been out of football,” Newton said after Sunday’s game. “And for him to enjoy that just as much as I’ve been enjoying just being a witness of how he works, his whole presentation, how he shows up each and every day, how he practices — he was the first person that I saw, so I knew he would enjoy that.”

Andrews’ celebration also was a way for Newton to honor his offensive line, which mauled Miami’s front in the running game. The Patriots finished with 217 rushing yards on 42 carries, more than they amassed in any game last season.

“A lot of times, having your hand on the ground, you don’t necessarily get the recognition you deserve,” Newton said. “But none of what happened to me today would have happened without those big guys up front.”

The Patriots employed a rotation at right tackle, with rookie Mike Onwenu spelling starter Jermaine Eluemunor at times, but Andrews and the other four O-line starters played wire to wire. After what he went through a year ago, Andrews said he was “extremely thankful” to have the opportunity to play at all.

“I’m extremely grateful to get to play this game. God’s been good to this kid from Georgia, and this game’s been really good to me.” 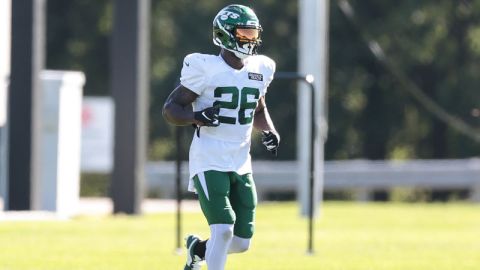 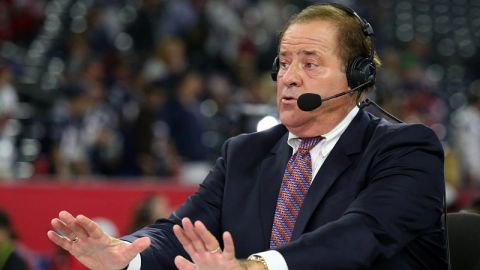 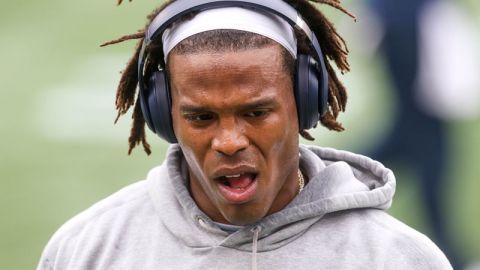