The Las Vegas Raiders had just kicked a field goal to cut the New England Patriots’ lead to 10 with less than 12 minutes remaining. New England had looked like the better team in the second half, but Jon Gruden’s visitors, which had upset the New Orleans Saints the previous week, were hanging around.

Another Patriots touchdown likely would slam the door on the Raiders’ comeback bid. That was the message McDaniels, New England’s offensive coordinator, delivered to Cam Newton and Julian Edelman ahead of what proved to be their penultimate possession.

“Prior to that drive, Mickey D’s, Coach McDaniels, came to me, as well as Jules, and kind of challenged us to not let our foot off the gas,” Newton said after the Patriots’ 36-20 victory at Gillette Stadium. “… So we knew we had to finish with the ball in our hands as well to create some type of cushion, with that kind of centerpiece drive, so to speak.”

On second-and-11 from his own 20, Newton delivered a perfectly timed strike to N’Keal Harry for 27 yards. Two plays later, he dumped a short pass off to running back Rex Burkhead for 11 yards, absorbing a hit in the process. Two plays after that, Newton stood in the pocket, sensed an opening and scrambled for 21 yards — the longest run in an otherwise unremarkable rushing day for the dynamic QB.

Burkhead finished the job, dashing 14 yards around the left end before punching in a 2-yard touchdown on the ensuing snap.

The score — Burkhead’s third of the afternoon — put the Patriots ahead by 16 points with 5:17 remaining. A strip-sack touchdown by defensive end Deatrich Wise moments later officially iced the game.

“I thought that was a great sequence we had there about five minutes ago in the game where we scored, made the tackle, had him back up inside the 10, and strip-sacked him,” head coach Bill Belichick said. “… We had a lot of contributions from everybody.”

It was the type of response New England needed after last Sunday’s 35-30 loss in Seattle, which ended with a Seahawks goal-line stand.

“We’ve had a relatively interesting (week of) practice this week, knowing that the tempo was extremely high, the expectations were extremely high coming off the loss,” said Newton, who improved to 2-1 as the Patriots’ starter. “This was kind of different for me being in the building and seeing how people react differently to losing. It wasn’t acceptable to me, and I know it wasn’t acceptable to a lot of others in this building.”

Sunday’s game was the worst of Newton’s young Patriots tenure. Precise with his passes in Weeks 1 and 2, the 31-year-old threw an ill-advised interception to Raiders safety Johnathan Abram and twice attempted to force passes to a triple-covered Edelman. Both of those easily could have resulted in picks.

In key moments, though, Newton and the Patriots’ offense — led by Burkhead, Sony Michel and a ground game that racked up 250 yards — responded. Excluding kneeldowns, they scored points on each of their final six possessions.

“We had plays that were called, and we try to execute as much as possible,” Newton said. “I think we did a great job of that, outside of one or two specific forced (throws). But at the end of the day, we had a couple of those answer drives this year, and I’m extremely pleased with our team with how the way they handled it, defensively as well as offensively.

“When you got that type of chemistry early, it only builds great habits here moving forward in the latter part of the season.” 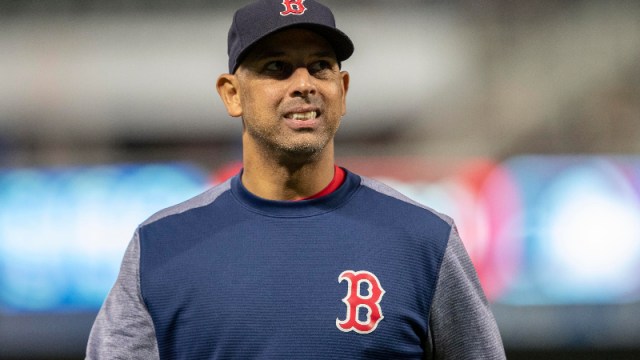 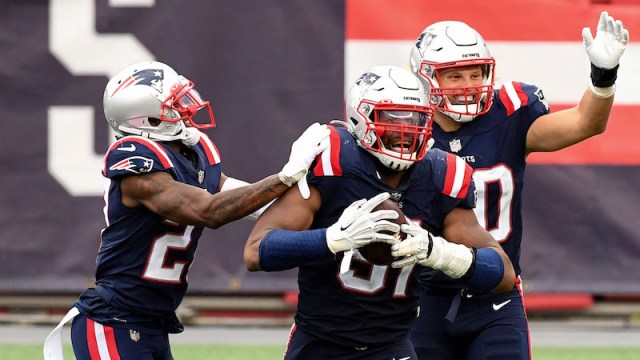