How Cam Newton Would Grade His 'Subpar' Game For Patriots Vs. Raiders - NESN.com Skip to content

Cam Newton knows he didn’t perform to his potential Sunday afternoon. He also knows every game won’t be perfect.

The New England Patriots quarterback completed 17 of 28 passes for 162 yards with one touchdown and one interception and finished with a season-low 27 rushing yards as his team took down the Las Vegas Raiders 36-20 at Gillette Stadium.

Newton on Monday was asked during an interview with WEEI’s “Greg Hill Show” to grade his performance.

“(Sunday) was kind of frustrating in itself,” he said. “I do understand, playing in this league long enough, that there will be games like that. And when there are games like that, you?ve just got to find ways to win.

“So that?s the optimistic answer. Me personally, with lackluster ball security, just the slow start offensively, this is subpar performance. I know I can play better, I know I can be better and I know I will be better. ? I?m going, like, midway C — 75. Just subpar.”

After the game, Newton said his interception, which came on a third-down scramble play late in the first quarter, was “inexcusable” and “completely my fault.” The QB tried to thread a pass to running back Rex Burkhead just beyond the first-down marker but found Raiders safety Johnathan Abram instead.

Newton also was fortunate that his two throws into triple coverage to Julian Edelman were not picked off.

“(I was) trying to do too much,” Newton admitted on WEEI. “Simple. I lost the defender, and when you?re scrambling, you just kind of assume certain people are going to certain people. (Abram) just peeled back, and I didn?t take account of him. It sucks. Things like that just can?t happen.”

Sony Michel finished with 117 rushing yards — including big plays of 38 and 48 yards — Burkhead led the team in receiving and scored three touchdowns, and undrafted rookie J.J. Taylor tallied 43 yards on 11 carries in his most active outing to date.

The Patriots totaled 250 rushing yards — their highest total since Week 16 of the 2018 season — and scored points on each of their final six possessions, excluding kneeldowns.

Although Newton played only a supporting role in that rushing effort, he did scramble for 21 yards to help set up the Patriots’ final offensive touchdown.

?Playing in this league, you?re not going to just steamroll every team,” Newton said on WEEI. “And at one point, I did look up at the total stat line of total offense, (and) we did surpass 400 yards. So let?s not be naive about the fact that when we did get it rolling, we got it rolling.

“With Sony running the way he?s running, Burky playing the way he?s playing, Small Fry (Taylor) — that position group, the running backs, just had the lights shining on them all day yesterday, and it showed by the production that they gave us.” 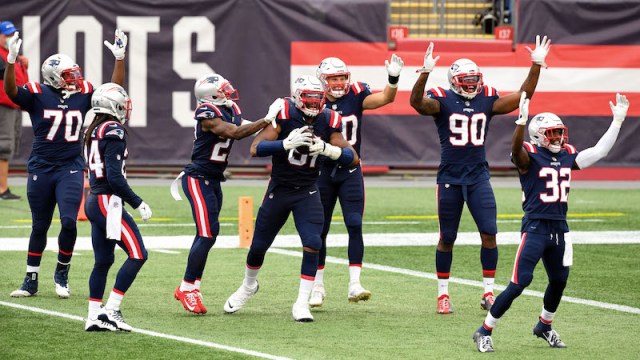 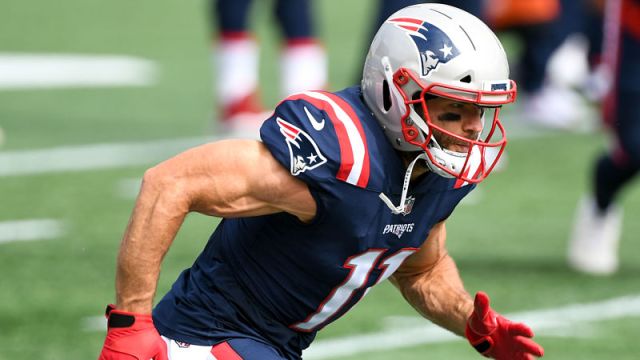