How Did Chase Winovich Prepare For Year 2 With Patriots? By Changing 'Everything' - NESN.com Skip to content

Chase Winovich doesn’t like talking about his weaknesses. Doing so, he believes, would give his opponents an edge — an unacceptable consequence.

As such, the New England Patriots outside linebacker repeatedly has shot down questions about how he attempted to improve his game between his first and second NFL seasons.

On Thursday, though, he pulled back the curtain an inch or two. Winovich still wouldn’t share any on-field or technique-related alterations he’s made but said he overhauled his off-the-field approach.

“People were laughing at me because I (wouldn’t) identify it because that would tell my opponents what to target or what to attack,” Winovich said in a video conference. “… But I think the overarching answer would be everything. I looked at everything this past offseason and tried to make sweeping changes.

“Anything that I felt like could help me as an athlete and help me perform better, I went out and did it or tried to bring in a part of my team. Whether it was soft-body work, whether it was getting a personal chef to address nutritional issues and making sure I had enough calories, to how I worked out to the amount of times I worked out, to paying attention to my body and mobility and flexibility. The list is pretty lengthy, I would say.”

Winovich, who referred to these efforts as “perfect(ing) that process of how to be a professional,” also tasked himself with the daunting challenge of learning the responsibilities of every position in the Patriots’ defense.

“I?m constantly writing down different questions to ask coaches, different terms that might be for the cornerbacks and the safeties,” he explained. “And I?m not saying (by) any means I?m perfect. … I?m definitely, from a mentality standpoint, headed in the right direction in terms of trying to learn about the whole defense because it?s little intricacies that help you play faster.

“For example, if there?s a different force or a different coverage and you understand where people are going to be off of a different play, then you can kind of shift how you approach different plays and tackles and kind of know where your help is. So having this whole picture in your mind before the play even goes on really gives you a big advantage.”

This attention to detail isn’t entirely new for the long-haired Michigan product. During his first round of NFL joint practices last summer, Winovich took three pages of notes on the Detroit Lions’ offensive tackles — tells, tendencies, etc. — and then used them to tally 1 1/2 sacks in his preseason debut.

“We had great mentors and obviously teachers at Michigan,” Winovich said Wednesday. “But here in the NFL, the margin of victory or error or losing is so, so small. I go back to the ‘Any Given Sunday’ speech and just talking about the inches are everywhere around us. Every day you have to come in and you have to fight for those inches.

“You?ve got a lot of guys who are getting paid a lot of money to try to do the exact opposite to you, so you?ve got to try to stay ahead of the curve, for sure.”

Elevated to starter status following Kyle Van Noy’s offseason departure, the 2019 third-round draft pick has been one of the Patriots’ biggest defensive contributors through two games, tallying half a sack, three quarterback hits, one tackle for loss and a team-high eight pressures, according to Pro Football Focus. He’s been on the field for 71.2 percent of New England’s defensive snaps — way up from 28.9 percent as a rookie — and should continue to play a prominent role as the season progresses.

“You can say a lot of things about me,” Winovich said, “but you can?t say that I?m not trying.” 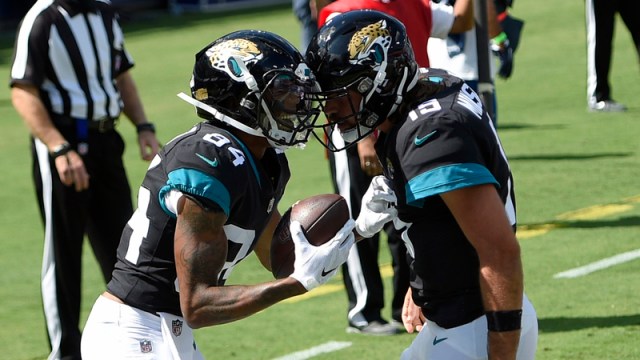 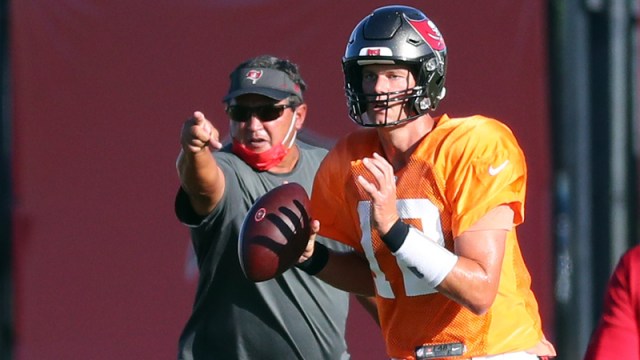