FOXBORO, Mass. — A clear reminder of just how strange this New England Patriots season will be came midway through the first quarter of Sunday’s opener.

On second-and-9 near midfield, outside linebacker Chase Winovich came screaming around the right edge. Unblocked, Winovich met Miami Dolphins running back Jordan Howard in the backfield and buried him for the 3-yard loss.

A play like that typically would draw a deafening roar from the Gillette Stadium crowd. But there was no crowd.

In accordance with Massachusetts COVID-19 regulations, Sunday’s game — like most of the NFL’s Week 1 contests — was played without fans in attendance. So the only cheers following Winovich’s big hit, Cam Newton’s pair of touchdown runs or New England’s trifecta of interceptions — including the one by J.C. Jackson in the final minute that sealed a 21-11 victory for the home team — came from the Patriots’ sideline.

“It’s like scrimmaging the Titans or scrimmaging Detroit or scrimmaging the teams that we scrimmage,” Belichick said in his postgame video conference. “There are a few fans there, but basically, there’s no fans there. It’s just the competition. And there’s some energy from your teammates and your own energy, so it is what it is.

“But, I mean, that’s what it’s like out there in practice. There’s no fans in practice either.”

Julian Edelman chose a different comparison: A junior college game. And it stirred up some unexpected emotions in the 34-year-old wide receiver.

?Honestly, it reminded me of the times I was back at the College of San Mateo, my junior college,” Edelman said. “It was a full ‘love of the game’-type mentality out there. You could hear the other guys, everybody could hear each other. It was about going out and playing the game that you love.

“It was obviously unfortunate that we don’t have any fans — that energy and getting to go out there in front of 75,000 people is amazing — but it brought you almost kind of back. It was weird. It brought me back at least to high school, junior college, college — my college, we didn’t really sell out that much, so it felt like that.”

Safety Devin McCourty was transported back to his high school days in New Jersey.

?It?s definitely different — everything about it,” McCourty said. “Obviously, there?s no fans, but there’s nothing playing in between — the TV timeouts with just a blank video board. There was just nothing the whole game. It kind of felt like back in high school where there?s no Jumbotron. I guess people would be talking during those breaks in the game.

Center David Andrews said he’d never played a football game without fans in attendance. But to him, this game had an almost nostalgic feel.

“There were definitely moments where you?re just kind of like ‘Woah,’ ” Andrews said. “But I thought we showed a lot of mental toughness to deal with that. It was obviously new to all of us. None of us have ever run out onto a field with no fans. Heck, even in peewee, there were fans.

“So it was definitely a new experience, but I liked the way we went out there and competed and really just went out there and played the game. In some way, I don?t know, it brings the game back to why you started playing — just to love to play the game, right? There?s no fans. We?re just out there, a bunch of grown men playing a kids game.”

The Patriots’ next opponent, the Seattle Seahawks, already announced they will not have fans in attendance for next Sunday’s primetime matchup. New England will play another empty-stadium game the following week against the Las Vegas Raiders before taking on the Kansas City Chiefs at what should be a partially filled Arrowhead Stadium in Week 4.

A scaled-down crowd of roughly 16,000 fans watched the Chiefs defeat the Houston Texans on Thursday night. 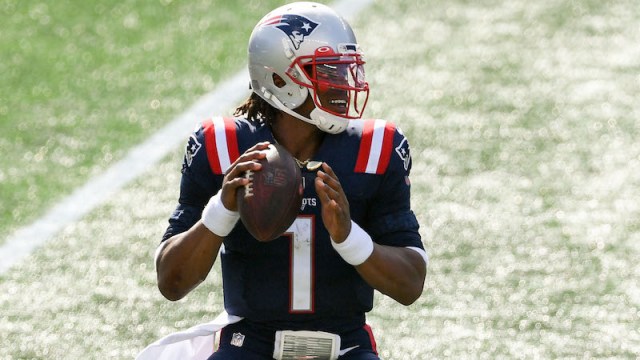 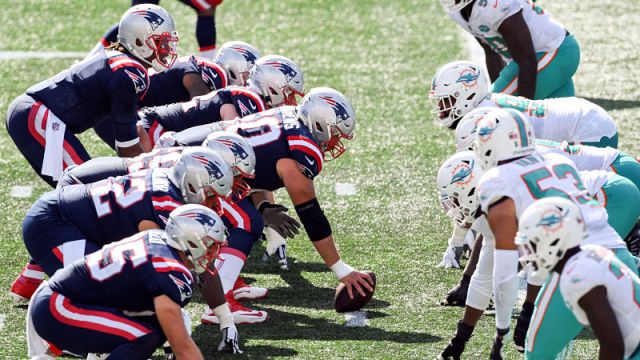