Nate Eovaldi Having One Of His 'Better Seasons' In Red Sox's Down Year - NESN.com Skip to content

There is at least one person on the planet who is having a good 2020.

Nathan Eovaldi on Thursday pitched five shutout innings with seven strikeouts as the Boston Red Sox defeated the Miami Marlins 5-3 to win the three-game series. It was just his second start since returning Sept. 12 from a calf injury that had him out three weeks, and he’s certainly looked healthy.

And despite his small sample size, and the ups and downs of the Red Sox’s 2020 season, Eovaldi at least is having a great year.

“I feel like this has been one of my better seasons,” Eovaldi said in his postgame Zoom conference. “My walks are down, I feel like I’m having a little bit more strikeouts than I usually do. I know I had that one bad start against the (New York) Yankees but I feel like I’ve been able to go at least five, six innings every time I go out there. I’d like to go deeper and I know coming off the calf injury I’ve had a limited pitch amount. They’ve been making sure I’m staying healthy and that we’re going about it the right way.”

Eovaldi has a 4.25 ERA in eight starts in 42 1/3 innings pitched, with 44 strikeouts in the abbreviated season after one of his best starts of the season on Thursday.

“The good thing for me is my arm has been great this year. I haven’t had any issues with it whatsoever so that’s my main goal.”

The Red Sox have nine games left in their season, starting with a three-game series against the Yankees on Friday. 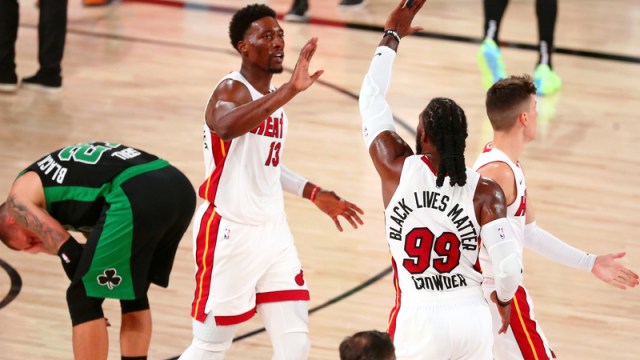