It's Time For Patriots To See What They Have In Two Rookie Tight Ends - NESN.com Skip to content

The New England Patriots are slowly revealing new wrinkles in their offense each week, and it might be time for them to take on another new identity Week 4 in their toughest matchup to date against the Kansas City Chiefs.

The Patriots relied heavily upon option runs in Week 1. In Week 2, they found their greatest success in downfield passing. They used more traditional runs to pick up 250 yards on the ground in Week 3 against the Las Vegas Raiders.

How about throwing some tight ends into the mix for Week 4?

And yes, this offseason has been more challenging for rookies to contribute right away with no spring practices nor preseason games and a truncated training camp. But offensive lineman Michael Onwenu, safety Kyle Dugger and running back J.J. Taylor are all playing significant roles. Asiasi has only produced as an inconsistent blocker up to this point.

It’s also worth noting that the two rookie tight ends in 2010 were playing with a much more demanding quarterback in Tom Brady, who borderline bullied Gronkowski when the tight end was a rookie. Newton is a lot easier to play for, but Asiasi has yet to see a ball thrown his way, and Keene can’t even get on the field.

Izzo has been a solid blocker, but it’s not as if the Patriots’ skill positions are so loaded that they can’t also put a receiving tight end on the field in certain situations. And it’s time to see what Asiasi and Keene can contribute as pass catchers.

It wouldn’t be a bad week for it either. Houston Texans tight end Jordan Akins caught two passes for 39 yards with a touchdown in Week 1 against KC. Los Angeles Chargers tight end Hunter Henry caught six passes for 83 yards against the Cheifs in Week 2. If Baltimore Ravens tight end Mark Andrews didn’t have the dropsies Monday, he would have put up better numbers than three catches for 22 yards on KC. Nick Boyle also got into the end zone for the Ravens.

?This past week, Devin played a few more reps,” Patriots tight ends coach Nick Caley said Tuesday. “I think everybody is improving. That?s really the goal of the season in general, but especially early on in the season. So, it just worked out that way where he ended up getting more repetitions. I think any time you can play — when we talk about complementary football — but any time you can play complementary football within your own unit, and get involved, and find ways to help the entire unit out through mixing up the reps and doing those things, that?s always a good thing.

“So we?re focusing on just improving, we?ll see what the roles are this week. It?s still early in the week. As we go through the game-plan process, we?ll figure it out. But I think to get both guys (Asiasi and Izzo) out there, and get them good quality work was a good thing.?

The Patriots are in good shape at 2-1, and they beat a good Raiders team in Week 3. But they could use another downfield passing target or two for Newton. If Asiasi and Keene could emerge sooner than later, it would help fill a void in the offense. 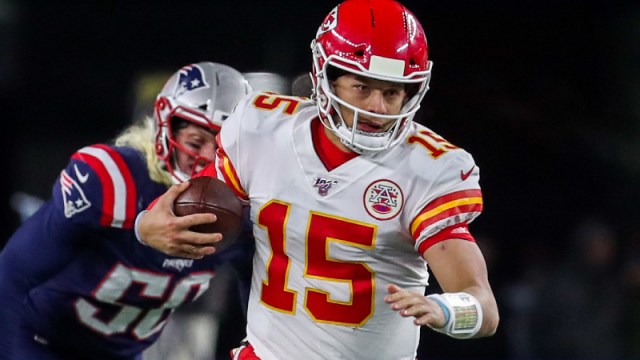 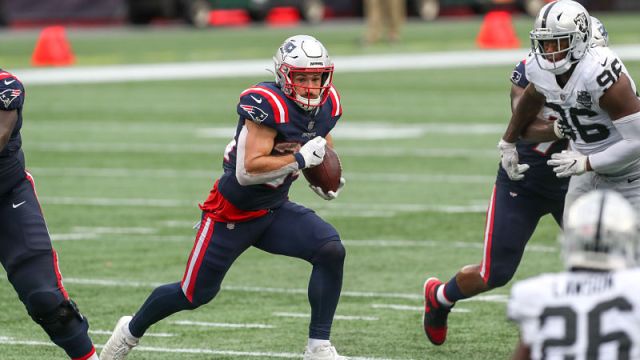