Julian Edelman is a funny guy. The New England Patriots wide receiver has proven that on social media and in quips to reporters, but when he’s at work, he’s perpetually wearing his game face.

Cam Newton learned that quickly. The Patriots starting QB said Friday that he’s made it a point to try to get Edelman to break. Edelman claims it’s been ineffective.

Newton revealed Thursday that Edelman spoke to the team about having a sense of urgency in Week 1. When Edelman speaks, the team listens.

“Every single day, he has this attitude,” Newton said Thursday. “I always have to tease with him just to lighten them up, but he’s just got that look in his face — that fiery look.”

A moment that sticks out that perfectly highlights that attitude came in the 2016 playoffs when NFL Films caught former Patriots wide receiver Chris Hogan congratulating Edelman on setting a postseason team record in the huddle. Edelman didn’t exactly say, “Hey, thanks pal.”

So, does being “happily miserable” drive Edelman?

Edelman does appreciate Newton’s attempts at levity, however. Even if he claims they don’t work.

Edelman and Newton appear to have built a quick rapport two months into being teammates. Maybe Newton can round off some of Edelman’s edges by the end of the season. 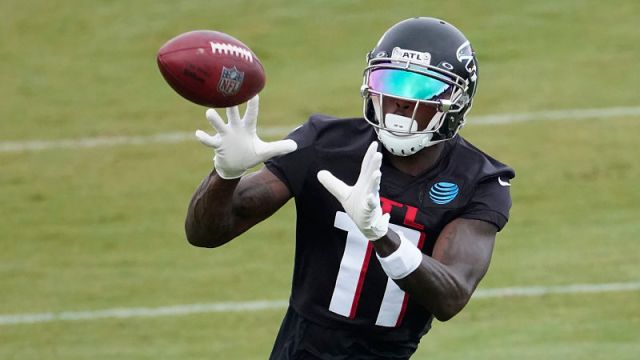 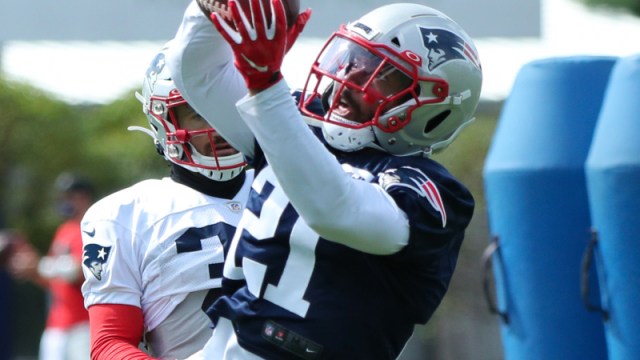 Newcomer Adrian Phillips Explains Why Patriots’ Defense Is ‘Like Art’