The Boston Celtics point guard scored 14 points in Boston’s Game 7 win over the Toronto Raptors on Friday, eight of which came in the fourth quarter.

With the victory, the Celtics advance to their second Eastern Conference finals in the previous three seasons. For Walker, though, it’s just the first time he’ll play in the conference finals and first real chance at an NBA title.

He expressed the emotions behind it after the team’s win.

“It’s unreal. It’s a great feel, especially, it took us seven games,” Walker told reporters, as seen on NBC Sports Boston. “It’s a special group we have. We fought, we clawed.”

Walker’s lack of postseason opportunity with the Charlotte Hornets makes this run all the more special.

“I?ve been in the playoffs two times before this. So, from that, the last time I was in the playoffs was five years ago,” Walker said. “To be here in my first year (with Boston), accomplish this, make it to the Eastern Conference finals to play against a really good Miami Heat team ? we have a chance to advance past them.

“It?s big time. It?s a special feeling for me,” he continued. “It feels good to be able to play meaningful basketball. … Like I said, we have a special group. It?s just a really unreal feeling. I’m super excited, but can’t get too high. It feels good, but we got work to do.”

The Celtics will face the Heat with the conference finals, which begin Tuesday night. 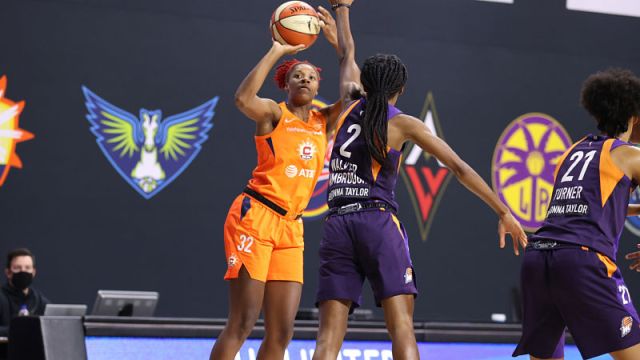