Patriots co-offensive line coach Carmen Bricillo confirmed Wednesday that veteran offensive lineman Jermaine Eluemunor has been and continues to receive reps at right tackle in training camp practice. Eluemunor primarily has spent time at guard in the NFL, though he played right tackle at Texas A&M and previously filled in at left tackle for Baltimore Ravens.

Cannon elected to opt-out for the 2020 NFL season because of concerns over COVID-19. The rest of the Patriots’ starting offensive line spots should be filled by left tackle Isaiah Wynn, left guard Joe Thuney, center David Andrews and right guard Shaq Mason.

?I think Jermaine being at right tackle is a possibility,? Bricillo said on a video conference call. ?I think that’s something that we’ve done a lot looking at as you guys obviously have been in practice early on. But there’s other candidates at other spots as well. i don’t think anything is set in stone just yet. Around here, I think it’s critical that you?re constantly improving. I hope you don’t get comfortable, as a coach or as a player. You need to be doing your job and earning your job every day.?

Eluemunor played just 29 offensive snaps with the Patriots last season after New England acquired him, along with a sixth-round pick, from the Ravens for a fourth-round selection during the waning days of last summer?s training camp. Eluemunor couldn?t pass Ted Karras, James Ferentz or Marshall Newhouse on the Patriots? depth chart, but now he appears to be in line to begin the season as a starter.

?It?s difficult, at times, when you get players in the middle of the season, even at the end of training camp, where they have no offseason, no OTAs, no strength and conditioning program in your way that you do it, and no training camp,? Patriots offensive coordinator Josh McDaniels said Wednesday. ?You?re kind of throwing them into the fire and trying to teach them on the run. This year for Korey (Cunningham) and Jermaine, both of them we picked up at the end of camp last year, they know our system better, they?re more comfortable with our terminology, we?ve asked those guys to move and play a few different spots and they?ve responded pretty well.

?Jermaine has been out there each day working hard at his techniques and fundamentals. He?s a big guy, hard to run through in pass protection, and you can move people up front in the running game with guys like Jermaine. So, with what he?s been trying to do, the effort he?s given, he?s got room to improve and grow like we all do, but that?s what he?s out there working hard to do every day.?

If Eluemunor, who?s 6-foot-4, 335 pounds with 33 ¼-inch arms, does start at right tackle, the Patriots would have similar body types at both tackle positions with Isaiah Wynn (6-foot-2, 310 pounds with 33 ?-inch arms) on the blind side. Gone are the days of twin towers like 6-foot-8 giants Nate Solder and Sebastian Vollmer at the tackle spots.

?You look back at the history here and I don’t think Matt Light had incredible length with his arms,? co-offensive line coach Cole Popovich said Wednesday. ?I know he’s a little bit taller than some of these guys, but he didn’t have length that you would say is great length, and so it’s really picking your tools, knowing your strengths, your weaknesses, playing to your strengths and limitations and just understanding those things and knowing how to play right for you as an individual.?

If anything, Wynn and Eluemunor just have to be more disciplined with their technique and fundamentals at the position.

?Does (length) help? Perhaps,? Bricillo said. ?Sometimes does it give you a margin of error when you’re a little longer out on the edge? Sure. But I think blocking is a function of, first, your feet and understanding leverage and position and good fundamentals. Whether you have an 84-inch wingspan or, you know, my 56-inch wingspan, whatever it is, if you don’t have good technique it really boils down to that.?

Eluemunor?s top competition at right tackle is Cunningham, Yodny Cajuste and Justin Herron. The Patriots also could move some pieces around and thrust second-year pro Hjalte Froholdt or rookie Michael Onwenu into a starting position. 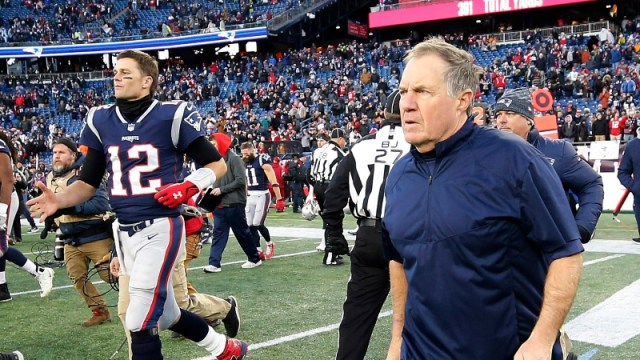 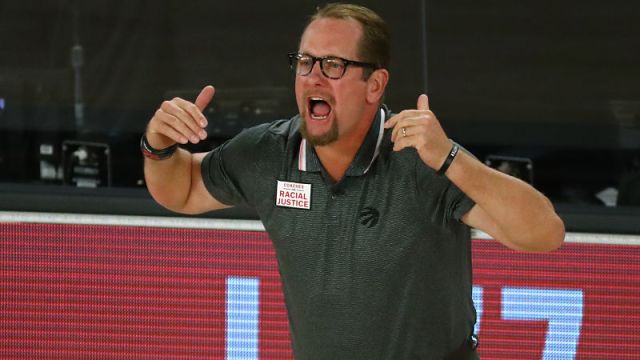