The New England Patriots lost six defensive starters to free agency, trades or COVID-19 opt-outs this offseason. They enter Week 1 with major question marks up front, at linebacker and at safety.

But in the eyes of one of its newest members, New England’s defense still is a sight to behold.

Speaking with reporters Friday for the first time since signing with the Patriots in March, veteran safety Adrian Phillips raved about the team’s defensive system, comparing it to a work of art.

“My description of this defense would be: you see why they were so dominant for so many years,” Phillips said. “Just being a part of it and seeing how the whole defense works and how people play off of each other, you can see why they get so many — see why we get so many turnovers and why we make so many plays.

“When you’re looking from the outside in, it looks like one thing. But when you actually get here, it’s a big puzzle. And being a part of that and seeing that and just seeing how everything works is really beautiful. It’s like art. People compare it to art sometimes. But actually seeing how people work together and move pieces around, you can see why we’ve been so dominant.”

Asked to elaborate, Phillips explained how the Patriots covet defensive versatility and challenge their players to learn the responsibilities of each man around them, not just their own.

“In some defenses, it might work out a certain way where you just learn spots,” Phillips said. “But here, you look at the whole canvas. You see the whole canvas, and you see yourself. You can be anywhere. Just being a part of that and being able to move around like that, that’s what makes it fun. Because you’re not just learning your position. You’re learning how to work well with other people. And that’s what makes this defense fun.”

Patriots Practice Notes: All Hands On Deck In Week 1 Vs. Dolphins?

Phillips played a variety of roles during his six seasons with the Los Angeles/San Diego Chargers, beginning his career as a free safety but eventually playing the majority of his snaps as a dime linebacker for defensive coordinator Gus Bradley.

In nine games last season — he missed the other seven with a broken arm — Phillips played 119 snaps in the box, 72 in the slot, 60 at free safety, 21 on the defensive line and nine as a wide cornerback, according to Pro Football Focus.

Bradley’s Cover 3 scheme is very different from the man coverage-heavy system New England runs, but both like to include more than two safeties in their nickel and dime packages. (Against Lamar Jackson in the 2018 playoffs, the Chargers famously played nearly the entire game with seven defensive backs on the field, with Phillips playing 98 percent of defensive snaps.)

“The game is changing,” said Phillips, who is listed at 5-foot-11, 210 pounds. “You’ve got a lot more speed on the field. You’ve got guys that are 6-5, 260 running 4.4s now. The game changed a little bit. So when you put those body types out there, it helps you to be able to still do what you want to do. If you want to plug a run, you can do that because you’ve got guys that are used to filling gaps, are used to being in tune with the front. And if you want to take away the pass for a week, you can do that, as well, because you’ve got guys that have played in the college systems that have been no-huddle and have to cover the whole field.

“It just makes the (defensive) play-calling a lot easier, and it makes the coordinator’s job a lot easier and makes them feel a lot more comfortable when you’ve got guys that can handle whatever the offense wants to throw at you.”

Phillips missed most of training camp with an injury, so it’s difficult to project how he’ll fit into New England’s defense as the regular season begins. The Patriots lost two of their top three safeties in Patrick Chung (opt-out) and Duron Harmon (trade) but boast an intriguing group of potential replacements — Phillips, Terrence Brooks, top draft pick Kyle Dugger and converted cornerback Joejuan Williams — all of whom can line up in multiple spots. Slot corner Jonathan Jones also has played safety in the past and could be part of that equation.

In his last full season in 2018, Phillips made 94 tackles, broke up nine passes and was a first-team All-Pro on special teams. The 28-year-old has not been listed on the injury report this week and could make his Patriots debut Sunday against the Miami Dolphins at Gillette Stadium. 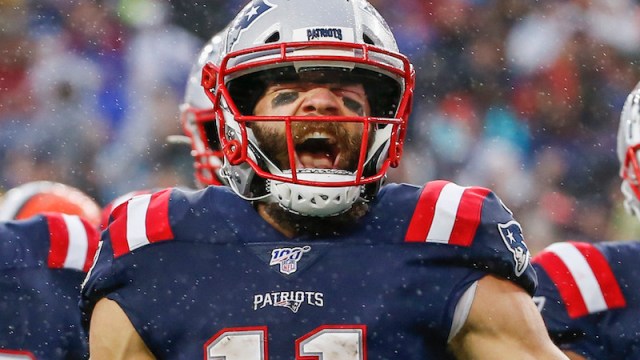 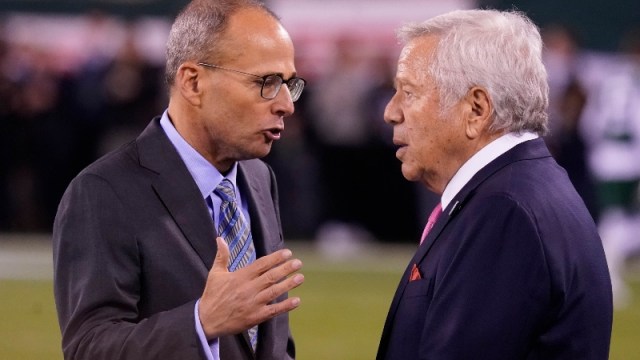