FOXBORO, Mass. — Some assorted notes and nuggets from the New England Patriots’ 36-20 win over the Las Vegas Raiders on Sunday at Gillette Stadium:

Outside linebacker Shilique Calhoun, who played three seasons in Oakland before joining New England in 2019, forced two fumbles against his old team, both of which were recovered by Patriots defenders.

On the first, Calhoun punched the ball out of running back Josh Jacobs’ hands to kill a promising Raiders drive that had reached the Patriots’ red zone.

The second was a fourth-quarter strip-sack in the end zone that defensive end Deatrich Wise pounced on for the game-sealing touchdown.

“Shilique, he’s one of my favorite players on the team,” running back Rex Burkhead said after the game. “I just love his personality, his mindset. Every single day he just has a great attitude. And so for him to force a fumble and for Deatrich Wise — another one of my favorite guys on the team, we grew up kind of in the same area in Texas — to see those two come up with a big play there was tremendous. Really kind of a footprint on the end of the game there.”

Calhoun contributed little outside of special teams in his first season with the Patriots, but he’s been active defensively of late. The 2016 third-round draft pick also notched a sack — the first of his Patriots tenure — in last week’s loss to the Seattle Seahawks.

The Patriots forced three fumbles in all against Las Vegas, with outside linebacker Chase Winovich also providing a strip-sack that Lawrence Guy recovered.

— Undrafted rookie receiver Isaiah Zuber, elevated from the Patriots’ practice squad for this game, had a surprisingly large role in New England’s offense.

The Mississippi State product picked up 13 yards on his first NFL touch — a jet sweep — and also delivered a key block on the second of Burkhead’s three touchdowns.

With Joe Thuney shifting to center in place of an injured David Andrews, Onwenu started at left guard for the first time. Herron, who’s mostly been used as a jumbo tight end, replaced starting left tackle Isaiah Wynn for one series in the third quarter.

“We played a lot of people on the offensive line, so we’ve been doing that,” head coach Bill Belichick said when asked about Wynn’s stint on the sideline. “We had a chance to play Justin today, so that was good.”

— Third-round draft picks Dalton Keene and Anfernee Jennings both were healthy scratches for the Patriots.

Keene, who missed the first two games with a neck injury, has yet to make his NFL debut, and Jennings has played sparingly, totaling 11 defensive snaps in two appearances.

Dugger was part of a rotating group of defensive backs that held Raiders star tight end Darren Waller to two catches on four targets for 9 yards.

Asiasi has been active for all three games but has yet to be targeted.

— Players who were placed on injured reserve before Week 1 (but after cutdown day) will be eligible to return to the 53-man roster as early as Monday.

The Patriots entered Sunday with one open spot on their 53-man roster, so they could activate one of those players without needing to make a corresponding roster move. Any more, and they’d need to remove players to make room. 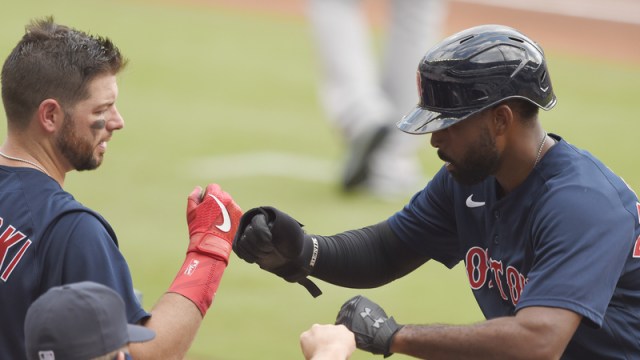 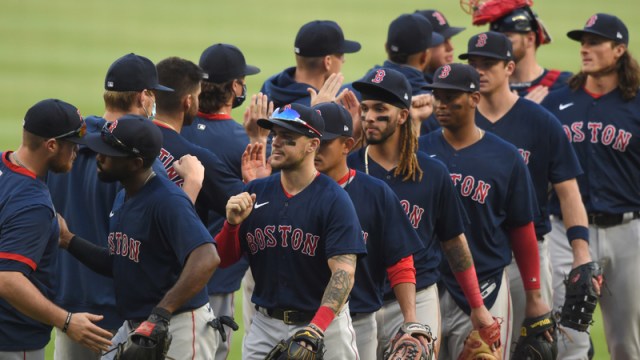