In retrospect, it should have been exceptionally easy to fill out a New England Patriots 53-man roster projection this offseason.

Leading into roster cuts, Patriots fans always ask who is going to be the “surprise” cut. This year, it was a kicker — or two of them.

Other than cutting both Justin Rohrwasser and Nick Folks, the Patriots’ roster cuts were mostly expected.

These were the headlines: The Patriots waived just two draft picks — including Rohrwasser — didn’t keep an undrafted free agent following a lack of preseason games and released veteran running back Lamar Miller as he returns from a torn ACL.

Let’s go position by position to see where the Patriots stand with a week to go before their Week 1 matchup with the Miami Dolphins:

This is one of the Patriots’ deepest, most certain positions. It’s also one of the stronger overall quarterback depth charts in the NFL with a dependable backup in Hoyer and developmental starter in Stidham behind the starter, Newton.

Running back is another deep and relatively talented position. The Patriots dropped Miller and undrafted rookie J.J. Taylor but still have Michel, the starter, Harris, an early-down back with upside, White, the third-down back, and Burkhead, a change-of-pace option on all downs.

This is an easily upgradeable position. Behind Edelman, there’s no sure-thing on the roster. And Meyers, who is competing for the No. 3 role with Byrd and Olszewski, actually was more productive in 2019 than Harry, who will likely be the No. 2 receiver this season.

Asiasi and Keene are the future, but the Patriots should look to upgrade the present by claiming a tight end and cutting Izzo. Former Texans tight end Jordan Thomas is the top option on waivers, and he’d come with some knowledge of the offense after working under former Patriots offensive coordinator and current Houston head coach Bill O’Brien.

Ideally, the Patriots would have a better third tackle than Cunningham. Actually, in a truly ideal world, Eluemunor wouldn’t be starting at right tackle in the first place, but that’s the situation the Patriots are in after Marcus Cannon (understandably) opted out for the 2020 NFL season. The Patriots could use better depth at offensive tackle, and if they can find it, then Herron and/or Cunningham might not be long for the roster.

Allen could be heading to injured reserve on Monday. He has yet to practice in front of the media this summer.

Without Allen, the Patriots don’t have a traditional nose tackle on their roster with Guy being the closest thing.

The biggest strength of the Patriots’ roster — Gilmore, Jackson, Jones and McCourty all are talented enough to start. “Safety” Joejuan Williams also could be included in this group.

It’s still unclear who’s starting next to McCourty out of Brooks, Dugger, Phillips and Williams. The strong safety will be the weak link in the secondary, but the Patriots should figure it out quickly. There are some good options in that group that would also include Jones and possibly Jason McCourty.

Oh hey, no kicker. The Patriots will need one. Look for them to bring back Nick Folk or to add one of the kickers who was cut this weekend.

Here are all of the options: 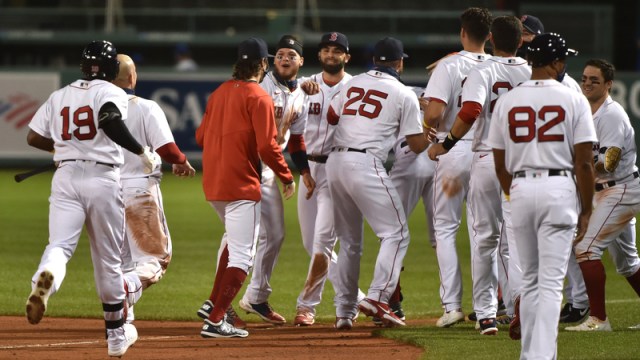 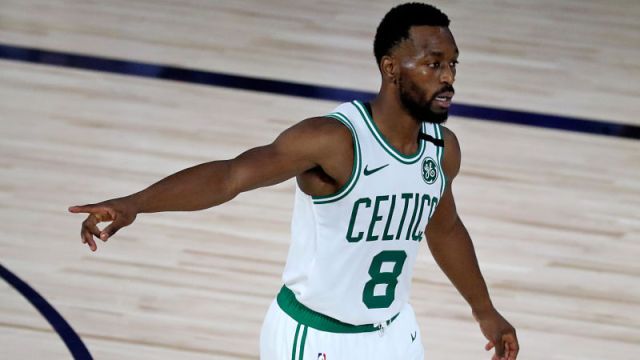