J.D. Martinez saw his season batting average dip below .200 following a fifth-inning strikeout. He had just one hit in his last 31 at-bats.

Then the Boston Red Sox designated hitter finished on a high note. One that has left the organization hoping it will be a sign of good things to come ahead of their last 10 games of the season.

Martinez made solid contact on a pair of hits to right field — a 372-foot homer in the seventh-inning and ninth-inning single. All told, it was the ninth multi-hit game of the season for Martinez, who finished with three RBIs and one run scored in Boston’s 8-4 loss.

?Yeah, good swings. To see him have the power to get a ball out (opposite field) here you got to kill it to get a home run. So, that?s really good to see and then following with the base hit,” Roenicke told reporters on a video conference postgame. “But I thought good swings all night from him. I know he?s been working hard and he?s in that cage all the time and hitting extra on the field so we hope he follows it up tomorrow with another good one.?

It was especially beneficial to see the left-handed Martinez stroke both his hits, as well as a sacrifice fly in the third inning, to right field. After all, it’s a crucial part of his game when playing well.

“I think that?s important for him. I know when he?s going well, that?s what he?s doing a lot of and then when they throw him the off-speed he catches it out front to pull it,” Roenicke said. “But when he?s hitting well his slot to right-center is big for him. And like I said, I watched him in the cage today working and that?s what he works on all the time. So, when you see the game you hope it can continue, and he gets locked in and we see that good hitter again.”

— Martinez was one of three Red Sox players to record multiple hits with Yairo Munoz (two) and Alex Verdugo (three).

For Munoz, who also made an impressive catch while playing right field, it continued the production the Red Sox have come to expect, despite his short time in Boston.

“He?s doing a good job,” Roenicke said. “He?s got good instincts out there on the speed plays, he?s got a good arm. And he knows how to hit. I know he?s a pre-swinger, but he can hit. And we?ve been seeing it since he?s been here. We need some people to get on base, we need some people to get those runs in when we get an opportunity and most of the time he?s going to put the ball in play. So, he?s doing his job and we?re all liking what we?re seeing.”

Munoz added that he “feels great” as he continued to get acclimated in Boston.

“Yeah, I feel great right now. Obviously, I’m hitting well and putting in all the work I need to have some success at the plate, but as far as the organization, I feel great being here,” Munoz said, through a translator. “I feel at home. All the young guys have been great, all the veterans as well, it’s really great to be apart of this so I’m super excited to be here.”

— Wednesday was Verdugo’s third three-hit game in a Red Sox uniform, but the first during the month of September.

— The Red Sox now have 10 games remaining in the 2020 season, with Thursday’s series finale against the Marlins scheduled for 1:10 p.m. ET. 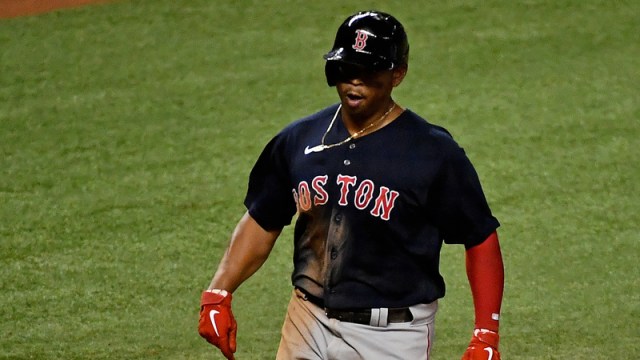 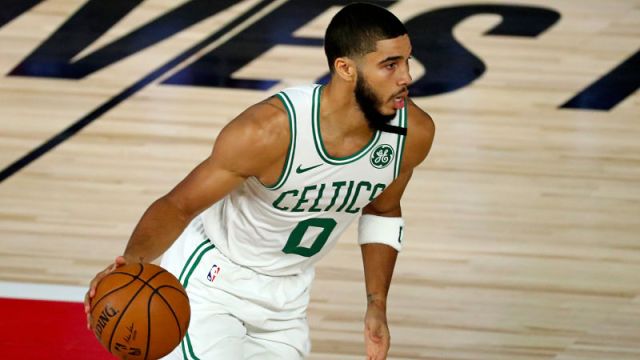