The Boston Red Sox rallied late in their comeback win over the Toronto Blue Jays on Saturday night, but that wasn’t the case Sunday afternoon.

Boston cruised out to a 3-0 lead in the first inning and tacked on another run in the fourth. But Toronto put up six runs in the fifth inning, followed by three more in the top of the sixth, putting the Red Sox in a deep 10-4 hole.

Boston didn’t give up another run after that, but the Red Sox couldn’t make up the difference in the ninth, falling 10-8 to the Jays.

GAME IN A WORD
Tease.

With Saturday night fresh in our memories, we were hopeful for another late-game comeback. But alas, we did not get one.

ON THE BUMP
— Andrew Triggs was the 13th starting pitcher used by the Red Sox this season, and he put together a solid three innings to get his team going.

He held the Blue Jays to one run during his time on the mound, giving up three hits and two walks with four strikeouts. That sole run came off Caleb Johnson in the third to trim Boston’s three-run lead to two.

— Matt Hall was recalled before Sunday’s game, and his time in relief was rough.

He gave up no runs or hits in the fourth. The fifth, however, went a little differently.

Hall recorded only two outs before getting pulled, racking up six earned runs, four hits and four walks with a strikeout and allowing Toronto to take a 5-4 lead.

— Robinson Leyer finished the fifth inning, giving up a walk and a double that scored the two inherited runners. He returned for the top of the sixth but didn’t record an out after giving up a leadoff home run to Rowdy Tellez and two singles immediately after.

Leyer gave up three earned runs off four hits and a walk in total.

— Jeffrey Springs took over in the top of the sixth. And after giving up a walk, Joseph grounded into a fielder’s choice that allowed Travis Shaw to score from third. Another Derek Fisher single made it a 10-4 game after that, though Springs got out of the inning with a strikeout to retire the side.

Springs managed to give up zero earned runs, two walks and one hit.

— Austin Brice had the ball for the seventh, recording two quick outs _ consecutive single and double before getting himself out of the jam without allowing any runs.

— Thanks to Ryan Brasier, the Red Sox didn’t give up any runs in the eighth inning, either. He gave up one single and struck out the first and final batters he faced in the frame.

— Marcus Walden closed-out the game for Boston with a quick 1-2-3 inning.

IN THE BATTER’S BOX
— The Red Sox recorded three hits in their first turn at the plate, capitalizing on all of them.

Yairo Muñoz led things off with a single (though he would leave the game with an injury), and Xander Bogaerts followed that up two batters later. That set up Kevin Plewecki for a three-run homer to give the Red Sox an early 3-0 lead.

— Boston extended its lead to 4-1 in the third thanks to a solo home run to the opposite side of the field from Bobby Dalbec. It was his third home run of the season after being called up just one week ago.

— Michael Chavis started the sixth with a single, advancing to second after another from Jackie Bradley Jr. before scoring on a sacrifice fly from Jose Peraza to make it a 10-5 game.

— Peraza was first to bat in the eighth inning for Boston, and after fouling off the first pitch he saw, he took the next one yard to make it a 10-6 game.

Pitcher A.J. Cole walked Johnathan Arauz next, and Bogaerts brought him home with a home run of his own to make it a 10-8 game.

— Arauz walked three times, but didn’t record a hit on the night along with Christian Vazquez and J.D. Martinez.

TWEET OF THE GAME
Win or lose, this still is impressive.

UP NEXT
The Red Sox get a day off Monday, before returning to action Tuesday with a double-header against the Philadelphia Phillies. First pitch for Game 1 from Philadelphia is at 4:05 p.m. ET. 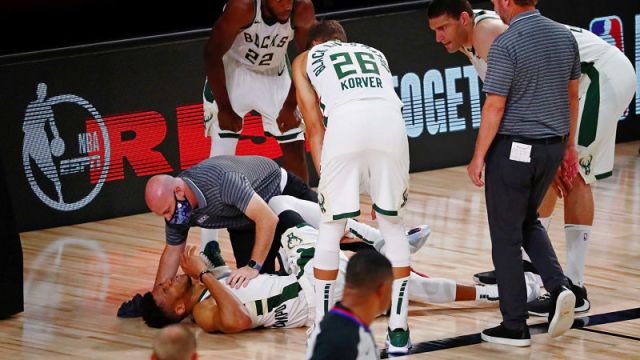 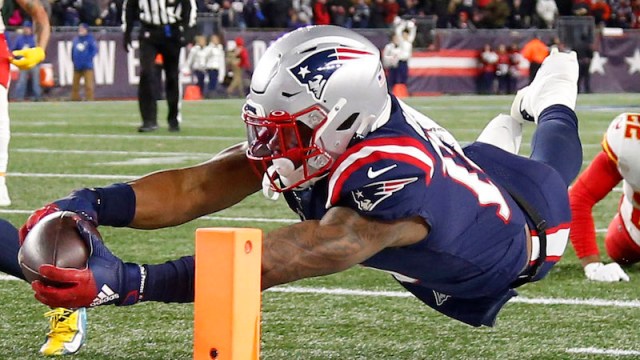