It didn’t take long for the Celtics to go down a man in Boston’s Game 2 against the Miami Heat.

Romeo Langford, who saw some surprising early minutes in the first quarter Thursday night, immediately got hurt with 6:08 to go before Brad Stevens called a time out.

It was unclear what Langford injured at first, though it looked like it could have been his right hand. But it appears it was his right adductor, leaving him doubtful for the remainder of the game.

It certainly is a blow to Langford, who has dealt with injuries even before he made his way to the NBA. 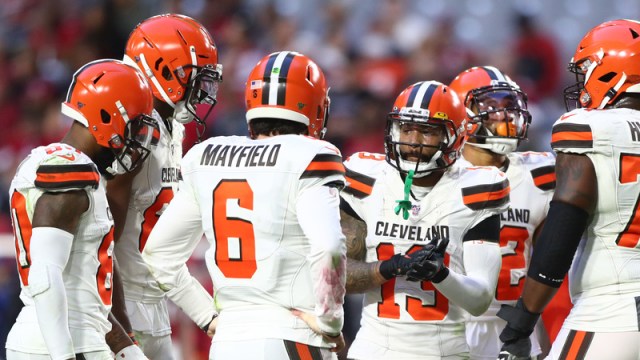