Stephen A. Smith Has Question For Josh McDaniels After Patriots-Seahawks - NESN.com Skip to content

Cam Newton impressed in his Patriots debut, but one question mark still lingered over the star quarterback after Week 1.

Newton’s performance against the Seattle Seahawks proved the veteran signal-caller still can spin it. After only throwing 19 passes for 155 yards against a below-average Miami Dolphins team in New England’s season opener, Newton torched a strong Seahawks secondary for 397 yards on 44 pass attempts in Week 2. (The 2015 NFL MVP threw 44-plus passes in only three of his previous 30 games entering Sunday.)

Considering Newton was finding plenty of success through the air, ESPN’s Stephen A. Smith wanted to see the Patriots pass on the final play against the Seahawks, who sniffed out the QB’s rushing attempt with seconds remaining in the fourth quarter.

Of course, Smith has the benefit of hindsight on his side. The quarterback power the Patriots dialed up on the game’s final play seemingly had been unstoppable through two games in Newton’s New England tenure. In fact, it resulted in a touchdown shortly before the two-minute warning as the Patriots put together their comeback bid.

Newton after the game noted he was confident in Josh McDaniels’ call and believes the play was there to be made. The 31-year-old ultimately chalked it up as a learning experience, and he’s optimistic about New England’s offense moving forward.

Why Patriots Are ‘Really Fortunate’ To Have Cam Newton, Fellow Captain Explains 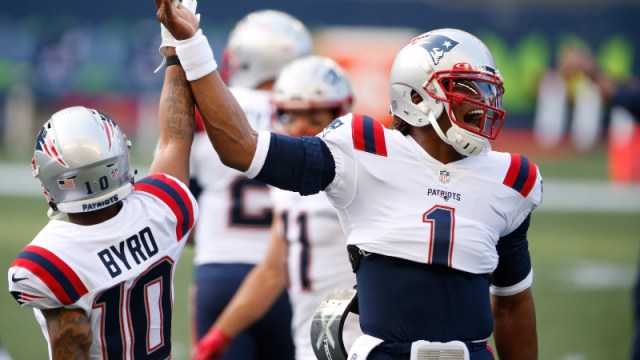 Why Patriots Are ‘Really Fortunate’ To Have Cam Newton, Fellow Captain Explains 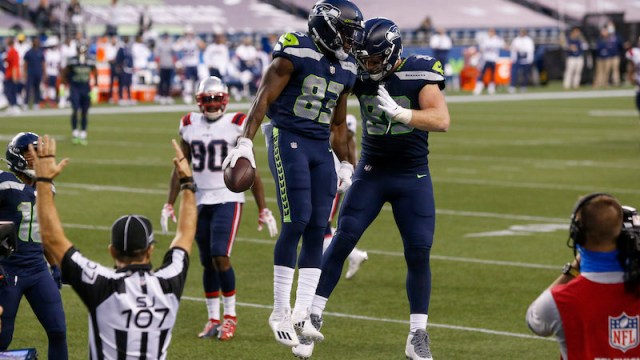