What Patriots Can Expect From Seahawks In Week 2 Matchup - NESN.com Skip to content

The New England Patriots and Seattle Seahawks are practically incapable of playing anything other than wildly entertaining football games.

The last time these two franchises met in 2016, Seattle stopped New England four times from inside the 2-yard line in the final minute to seal a 31-24 win at Gillette Stadium.

Four years earlier, they squared off in the infamous “U Mad Bro?” game, a 27-23 Seahawks victory that vaulted Richard Sherman and the Legion of Boom to national prominence.

In the intervening years, the Patriots and Seahawks met in Super Bowl XLIX — widely considered one of the greatest games in NFL history.

Will we witness another classic this week when Cam Newton and the new-look Pats visit Russell Wilson and Co. on “Sunday Night Football?”

John Boyle of Seahawks.com joined the latest episode of the NESN Patriots Podcast to preview this primetime matchup.

— “Let Russ Cook” has been a popular rallying cry among Seahawks fans frustrated by head coach Pete Carroll and offensive coordinator Brian Schottenheimer’s insistence on establishing the run early in games, only to inevitably ask Wilson to bail them out in the fourth quarter.

In Week 1, they seemed to listen.

Seattle called pass plays on 12 of its 16 first-quarter snaps against the Atlanta Falcons, including penalties. In that opening frame, Wilson went 9-for-9 for 86 yards and two touchdowns and picked up an additional 41 yards on a defensive pass interference call. He also rushed for 28 yards on a triple-option keeper.

The rest of Wilson’s outing followed a similar script. He completed 31 of 35 passes for 322 yards and four touchdowns with no interceptions as the Seahawks cruised to a 38-25 road win.

Wilson’s 88.6 percent completion rate tied the single-game NFL record for quarterbacks with at least 35 pass attempts. Two of his four incompletions were dropped.

“I don?t know if it?s going to be quite that pass-heavy every week,” Boyle said. “I think they saw some things in the Falcons? secondary they thought they could exploit and did. I mean, (Wilson) had more touchdowns than incompletions until the middle of the fourth quarter. And Pete Carroll did say (Monday) that he wants to get the running backs a little more involved.

“That being said, they know what they have in Russell Wilson, and there?s been hints kind of dropped all offseason by Brian Schottenheimer and Pete Carroll that they are maybe going to lean on him a little more. … Look, he?s not going to be Matt Ryan leading the NFL in pass attempts at the end of the year, but I think they?re going to lean a little bit more into him just because he?s been so good these last few years.”

Seattle ran the ball just 20 times against Atlanta. Only the Philadelphia Eagles and New York Jets had fewer rushing attempts in Week 1.

“(This group) is really good,” Boyle said. “You?d have to at least go back to when Doug Baldwin and Tyler Lockett were together to have a receiving duo as good as Metcalf and Lockett, and as good as Doug Baldwin is, Metcalf gives you a size element you didn?t have before.

“And then we?ve got to see how Greg Olsen looks over the course of a season, but he had a great training camp, had the touchdown last week. If they can keep him and Will Dissly healthy … that?s as good a tight end duo that they?ve had (in) as long as I can remember. So the weapons are there.”

— The old mainstays (Sherman, Earl Thomas, Kam Chancellor, etc.) all are gone from Seattle’s secondary, but newcomer Jamal Adams — a player with whom the Patriots are very familiar — has made a major impact thus far.

Acquired from the New York Jets for a package that included two first-round draft picks, the versatile, hard-charging safety was a menace against Atlanta, leading all Seahawks with 12 tackles and adding one sack, two QB hits and two tackles for loss. He also drilled tight end Hayden Hurst to force an incompletion on a two-point conversion.

Adams’ 11 pass-rush snaps in Week 1 led all NFL safeties, according to Pro Football Focus, and he was PFF’s third-highest-graded player at his position.

?He?s been really impressive,” Boyle said. “All through training camp we were watching him, and every day he was making a play in the backfield or doing something. You kind of wonder how it?s going to translate and how they?re going to use him — we all saw the quote from (Jets defensive coordinator) Gregg Williams saying he?s going to be bored in Seattle — and they have not used him at all like the traditional safety that just sits there and covers guys and plays the run. They?ve blitzed him a ton. He had the sack (against the Falcons), had a couple pressures.

“(The trade) was a steep price, and it?s going to take a long time to really pay that off, so to speak, for him to be here and provide that value, but the first impressions have been really, really good. And it?s not just the playmaking. He?s just brought a real level of energy and intensity to that defense, which Pete Carroll noted was kind of an extra bonus in a year where there are no fans in the stadium. So you?ve got this guy providing a little bit of extra juice when it might be harder to generate on your own without the fans.”

Due to COVID-19 restrictions, New England will avoid the challenge of playing in front of Seattle’s famed “12th Man” crowd this weekend.

— For weaknesses, Boyle pointed to Seattle’s offensive and defensive lines.

Adams was Seattle’s most effective pass-rusher against the Falcons, registering a team-high four pressures on 11 blitzes. Linebacker Bruce Irvin — back with the Seahawks after four seasons with Oakland, Atlanta and Carolina — and defensive tackle Jarran Reed each had three pressures, and veteran newcomer Benson Mayowa bagged a sack.

“They’re counting on some new faces to come out of that pass rush that was a problem last year,” Boyle said. 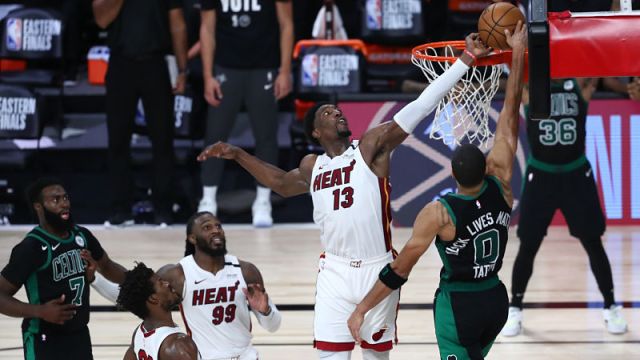 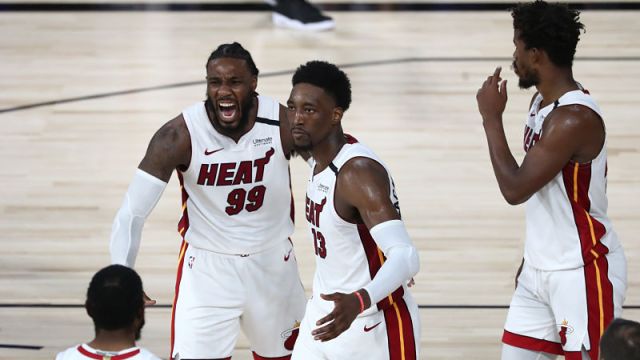