What's Next For Bruins If Torey Krug Re-Signs With Boston? - NESN.com Skip to content

Editor’s note: Torey Krug’s free agency decision is the biggest offseason storyline surrounding the Boston Bruins. Below, we’ll assess what it means for the Bruins if he re-signs. For analysis on the impact of him leaving Boston, click here.

When it comes to Torey Krug, the Boston Bruins and the lingering issue of free agency, you can see where both sides are coming from.

Krug is about to become an unrestricted free agent for the first time in his career and will be free to sign wherever he pleases when NHL free agency opens at noon ET on Oct. 9. It’s a right he earned, and he has made it no secret he intends to cash in after taking less than market value for the last four seasons.

But there’s nothing about the NHL in 2020 that’s normal, so it’s hard to say for sure what awaits Krug when he hits the market. The pandemic threw a wrench into the entire sport, and the flat salary cap for next season is just one low-level example of that.

Perhaps that opens the door for a return to Boston. The Bruins understandably also have to recalibrate their offseason agenda because of the salary cap. According to TSN’s Frank Seravalli, Boston’s most recent offer to Krug was a six-year deal at roughly $6.5 million per season. Boston is approximately $15 million under the cap entering the offseason, but Don Sweeney also has to deal with restricted free agents Jake DeBrusk, Karson Kuhlman and Matt Grzelcyk in addition to making decisions on unrestricted free agents Zdeno Chara and Joakim Nordstrom.

If Krug and the Bruins somehow find common ground, that has to be considered a win, especially if the NHL economy rebounds at a relatively quick pace.

The Bruins certainly know what they’re getting in Krug. He’s averaged at least 20 minutes of ice time per game over the last five seasons while showcasing his potential as one of the NHL’s top offensive defensemen.
As the quarterback of Boston’s top power-play unit, Krug deserves plenty of credit for a five-year run in which the Bruins lead the NHL in success (23.4 percent) on the man-advantage. Only Brent Burns, Oliver Ekman-Larsson, Keith Yandle and John Carlson have logged more power-play minutes than Krug in the last five seasons. Of the 52 D-men with more than 600 minutes of power-play time during that span, only Tampa Bay’s Victor Hedman is averaging more power-play points per 60 minutes than Krug’s 5.97.

Essentially, re-signing Krug (without making any other trades) ensures Boston runs it back for another season. That’s not the worst thing in the world; the Bruins just won the Presidents’ Trophy, and who knows what would have happened had the pandemic not struck. But Sweeney also has acknowledged there are adjustments to be made for his roster. From the outside, it seems like losing Krug would have more to do with financials than it does Krug’s place in the lineup or dressing room.

That last part is an interesting one, though. Re-signing Krug to a long-term contract ensures the Bruins’ core not only remains intact but ensures a smooth transfer of power. We don’t know how much longer Chara or even Patrice Bergeron will play. But it’s easy to see the Bruins’ current culture intact for maybe as long as the next decade with a core consisting of players like Krug, Brad Marchand, Charlie McAvoy and Charlie Coyle.

While it does feel unlikely Krug returns to the Bruins — it just takes one team to pony up a whole bunch of money — it certainly shouldn’t be ruled out. And if that happens, and Boston re-signs an offensively gifted defenseman in his prime, who also happens to be a team leader, you could certainly do worse than that. 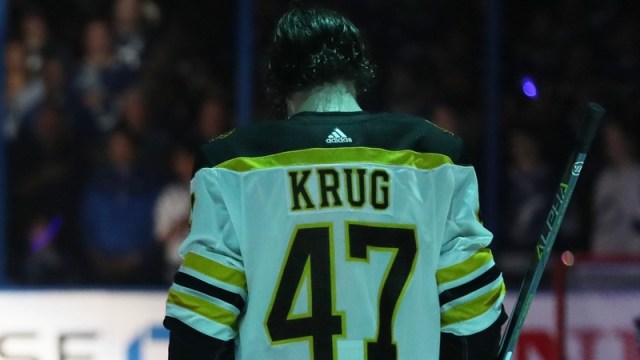 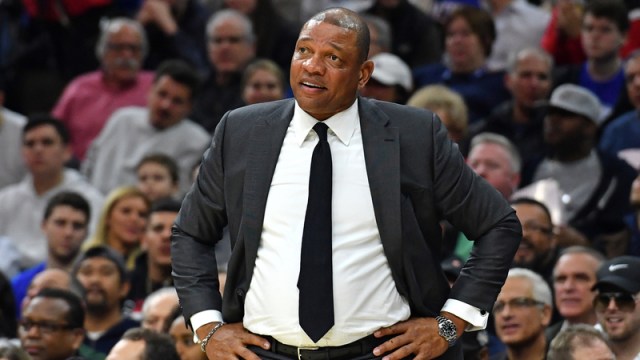