Think twice before going to that party Sunday.

That was the advice shared Wednesday by Boston Mayor Marty Walsh, who urged football fans to avoid gathering in large groups this Sunday when the New England Patriots travel to face the Kansas City Chiefs in one of the biggest showdowns of the NFL season thus far.

“And anyone who’s invited to a party, my suggestion to you is make the right decision, the right choice, and don’t go. Find a safer way to socialize. We need everyone to remain vigilant.”

Walsh’s advice really could apply to any gameday this season, with Boston and the rest of the world looking to stop the spread of COVID-19. But it’s a worthwhile reminder in advance of such a highly anticipated AFC clash, especially with one Week 4 game — Pittsburgh Steelers vs. Tennessee Titans — already postponed due to positive coronavirus tests.

Kansas City, which will host Sunday’s matchup at Arrowhead Stadium, is allowing a limited number of fans to attend Chiefs home games this season. The Patriots so far haven’t had fans in attendance for their own home games at Gillette Stadium. 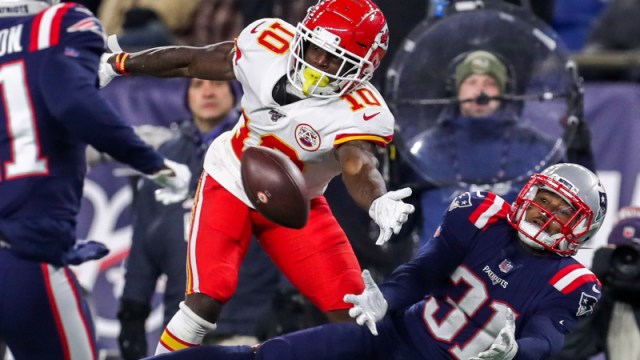