The New England Patriots’ linebacker group is only getting more depleted with Brandon Copeland reportedly out for the season with a torn pectoral muscle.

Copeland had 12 tackles, including a tackle for loss, this season while starting four of six games and playing 16.2 percent of snaps.

Despite the starts, Copeland only has been a role player for the Patriots, but they will need to make a move to replace him in the linebacker room.

“Brandon’s done a good job to give us some versatility,” Patriots head coach Bill Belichick said Tuesday. “He?s played for us on all four downs, in the kicking game and some inside linebacker and outside linebacker. So, he’s an experienced player that in our situation will be hard to replace.”

Copeland’s injury leaves the Patriots with Ja’Whaun Bentley, rookie Anfernee Jennings and rookie Cassh Maluia at inside linebacker and John Simon, Shilique Calhoun, Chase Winovich and Derek Rivers at outside linebacker. They lost linebackers Kyle Van Noy, Jamie Collins and Elandon Roberts in free agency and Dont’a Hightower to opt-out this offseason and have had trouble replacing them along the front seven.

“Cope’s been a great addition for us,” Patriots outside linebackers coach Steve Belichick said Tuesday. “Brings a lot of veteran leadership into the linebacker room. If anything were to happen, he’d be extremely missed. Defensively, he has a lot of versatility, a lot of value to our defense. Really smart guy. Yeah, next guy up, definitely feel confident with whoever we decide to put into those roles.”

The Patriots also have inside linebackers Michael Pinckney and Terez Hall and outside linebackers Rashod Berry and Tashawn Bower on the practice squad and second-round pick Josh Uche ready to return off of injured reserve.

Uche has yet to make his NFL debut as he’s dealt with multiple injuries. The Michigan product returned to practice last week and is able to return off of IR at any time.

“Very anxious to get him back out there,” inside linebackers coach Jerod Mayo said Tuesday about Uche. “Excited to get him back out there, and I know he feels the same way. Obviously, he’s a great athlete. He’s also one of those versatile guys that can do a bunch of different things, which fits well with our game plan mentality. Definitely waiting for him to have an opportunity to show it on the field.”

Uche would be the top option to replace Copeland while also adding a much-needed combination of size and speed into the Patriots’ front seven.

New England primarily used safety Adrian Phillips at inside linebacker through the first four weeks of the season. Jennings took on a much bigger role in Weeks 6 and 7 while the Patriots took on more run-heavy opponents. Uche could have the versatility to cover like Phillips and provide a big body in the middle of the defense like Jennings.

The only question now is whether the Patriots will be willing to activate Uche and put him in a game. 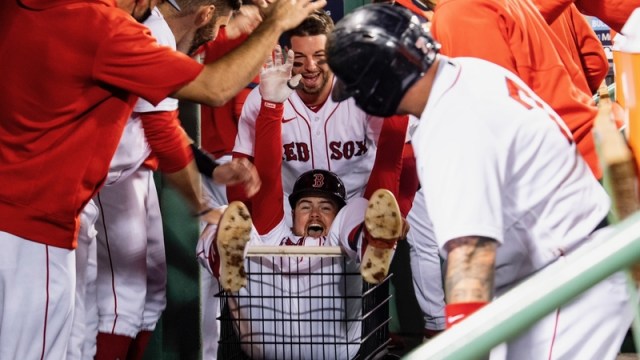 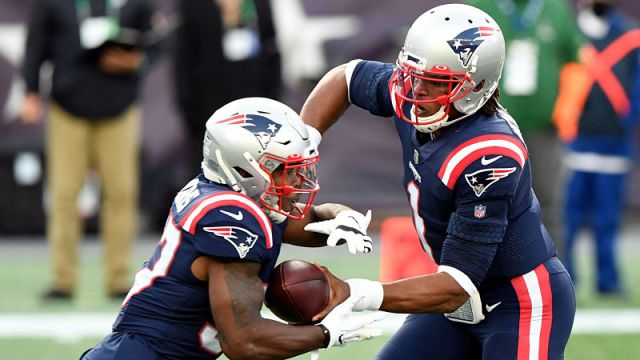