Things in Dallas went from bad to worse Sunday night.

Dak Prescott was carted off the field in the third quarter of the Cowboys’ Week 5 matchup with the Giants. The star quarterback sustained a gruesome-looking ankle injury as he was trying to fend off New York cornerback Logan Ryan. Prescott was visibly emotional as he departed the AT&T Stadium field.

Three plays after Prescott went down, Ezekiel Elliott scored on a 12-yard touchdown run to help give Dallas a 31-23 lead over its division rival. The running back put up a four fingers, Prescott’s jersey number, as he ripped through the end zone.

Prescott, who’s playing under the franchise tag this season, reportedly will undergo surgery on his ankle Sunday night. Veteran signal-caller Andy Dalton is expected to be under center for the Cowboys in Prescott’s absence. 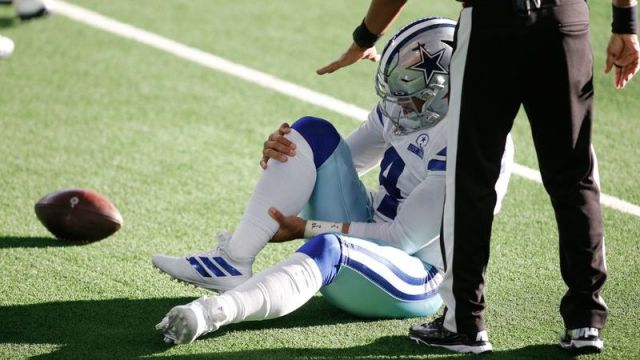 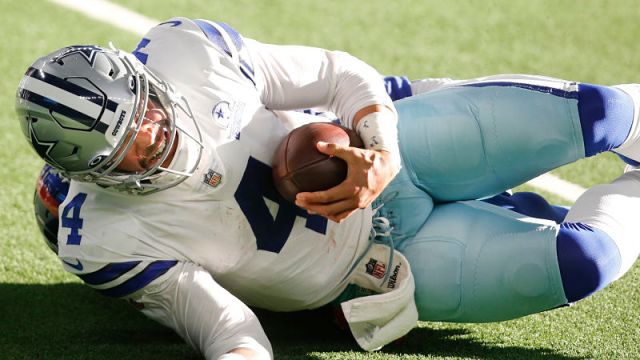 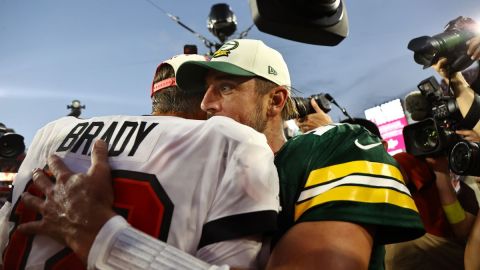