Disclaimer: New England Patriots fans may not want to watch what comes next.

Just after Patriots quarterback Cam Newton threw a pretty bad interception against the San Francisco 49ers (it was actually his first of two), former New England signal-caller Tom Brady was having his way with the Las Vegas Raiders.

Brady first threw a touchdown pass to fellow ex-Patriot Rob Gronkowski, and followed it up with an incredible throw to receiver Scotty Miller for a 33-yard score.

The throw to Gronkowski wasn’t all too bad either.

Brady also ran for a first-half touchdown in addition to his pair of TD strikes. 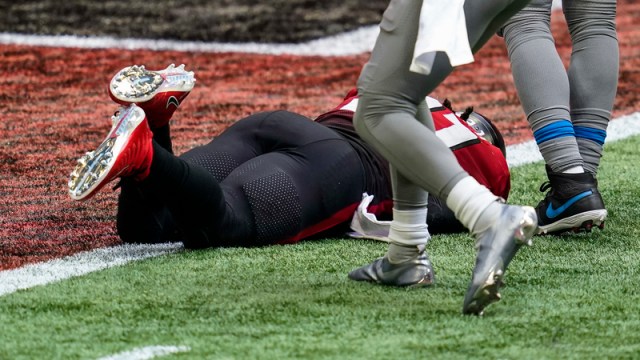 What Todd Gurley Said About Accidental TD That Cost Falcons Game Vs. Lions 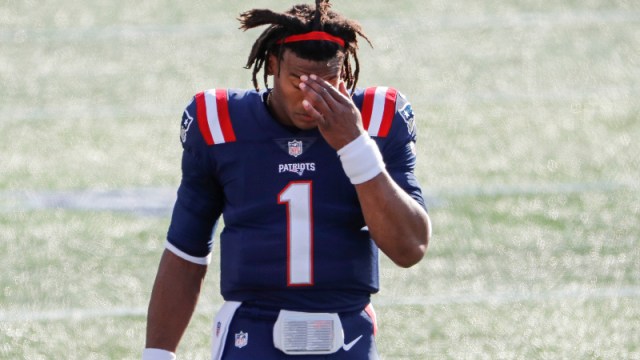