So imagine what could have been had the Boston Celtics swingman opted out of the resumed season.

Believe it or not, Brown actually considered not entering the NBA’s Walt Disney World bubble in Orlando, Fla. this summer. He opened up about his difficult decision Tuesday on “The Ellen DeGeneres Show.”

“My grandpa was diagnosed with cancer right before they were talking about going into the bubble,” Brown revealed, via MassLive.com. “He?s been living with me for the past four, five, six months. He needed me around. But when we had the conversation, he didn?t necessarily want to start his chemo.

“… He just said he was done, he said he was tired. How I convinced him was I said I was going to go down there and play, but you?ve got to play too. So he liked the sound of that and he signed up.”

“He?s like the toughest guy I?ve ever met, by the way.” Brown said. “He?s like a superhero. He?s been to the Vietnam war, he?s been shot in the head twice, he?s had a heart attack, cancer, COVID, all at the same time and he has beaten it all.”

Brown said his grandfather is doing well now as he continues treatment. 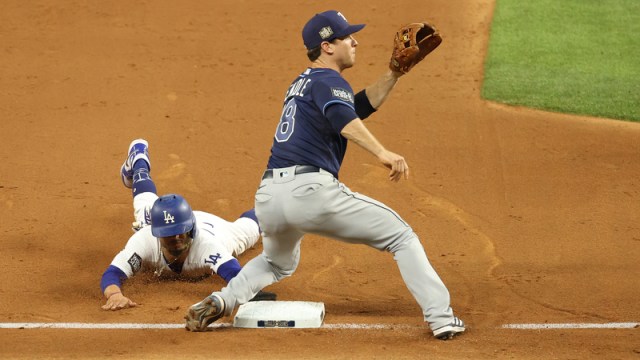